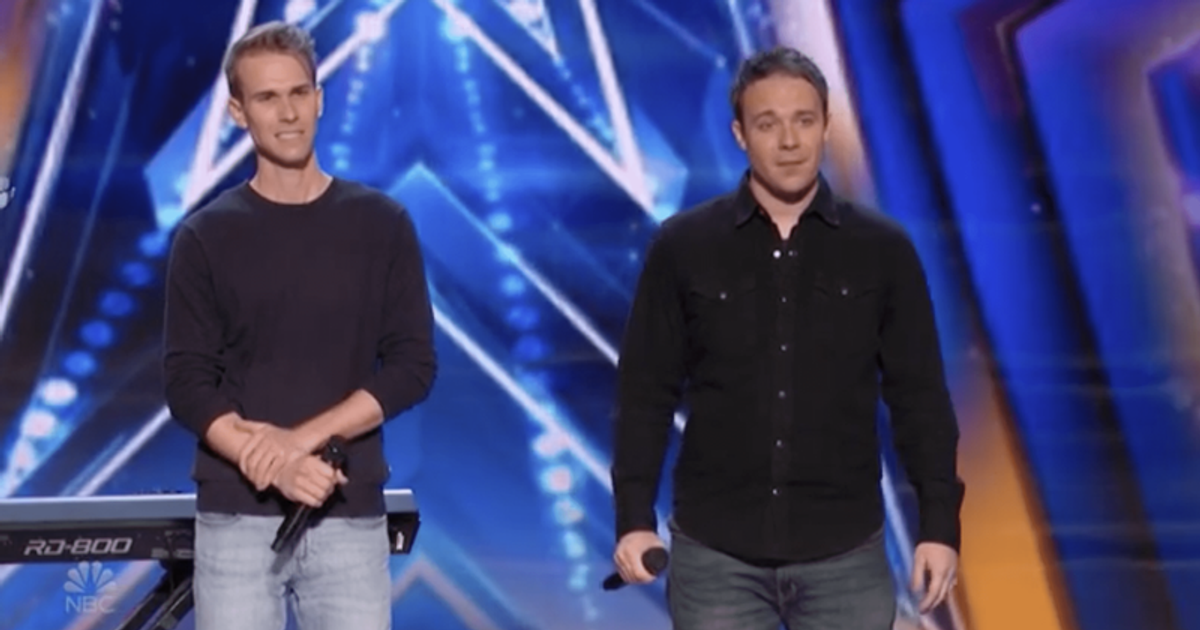 Nate Brown and his brother Gabriel Brown are no ordinary siblings! After serving in the Navy, the autistic brothers who have always been interested in music decided to test the waters by entering the entertainment industry. While Nate is into songwriting and producing, Gabriel, on the other hand, has established himself as a vocal artist specializing in impressions. After tasting success on social media, the brothers auditioned for season 17 of “America’s Got Talent.”

Gabriel handed the judges a list of cards with various song titles and another stack of cards with various character/person names written on them. The judges could choose one of each card, and Gabriel performed the selected song in the voice of the name of the character chosen from the pile, while Nate played the keyboard. After seeing the brothers perform various songs in the voice of Spongebob to that of Simon Cowell, fans were more than impressed with their range.

You can watch the Brown Brothers audition here:

Although the Brown Brothers received four yeses and a standing ovation from the judges, however, fans felt the duo also deserved a golden buzzer. A fan commented on the show’s YouTube page about its clip, “Honestly, I’m shocked they didn’t get a gold buzzer. Not only can he really sing, but the impressions are awesome.” “Why the hell didn’t this have a golden buzzer?” asks a fan. “WHY no golden buzzer?!!!! This is one of the best acts I’ve ever seen on AGT!!!” echoes a fan. “This doesn’t get the golden buzzer but the little girl who starred in the Netflix series Selena gets the golden buzzer wow she deserves the golden buzzer,” one fan wrote.

Season 17 of America’s Got Talent airs Tuesdays at 8 p.m. on NBC. After the show premieres, you can catch all-new episodes every Tuesday from 8-10 p.m. ET/PT. For viewers who wish to tune in to the show without cable, they can do so using one of the following streaming services: Sling TV, fuboTV, Hulu With Live TV, AT&T TV, or YouTube TV.