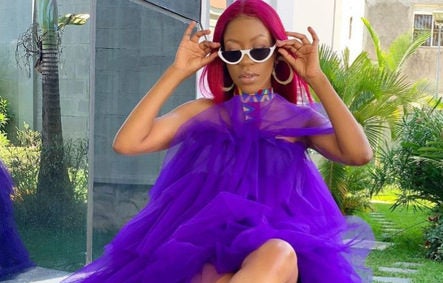 In addition to the reasons we are tired of men, Ugandan artist Vinka was harassed on stage during a performance – evoking a well-deserved kick to the “fan” who tried to touch her.

In a viral video of the singer performing in South Sudan, someone in the front row at the concert appeared to reach out and touch her private parts. Vinka then fired back and walked away to continue the rest of her performance after security interposed between them.

Ugandan singer @IamVinka appears to kick a fan who tried to touch his private parts during a performance in South Sudan pic.twitter.com/1hDItscIqy

With over two million views to date, the video has made the rounds on social media and has also garnered support from internet users around the world. People were rightly outraged to see a woman sexually harassed not only in front of an entire crowd, but during her own concert.

This sparked discussions about consent and protection for female artists, while others applauded Vinka for continuing her performance despite the uncomfortable situation.

The kick is better tbh. I hope he dislocated this mf’s jawbone.

The people under this comment are acting out of ignorance. Even some women who dress fully clothed are still being raped.

Stage organizers must create a 2 meter radius between the stage and the fans, there are always hooligans in the crowd of fans

she had to secure this bag

In a perfect world, the ideal solution would be to teach men to respect women. However, Vinka’s situation is not unique.

Sexual harassment doesn’t just happen when people are not watching, but also in broad daylight, in large crowds, maybe with a group of people you know, and even on stage.

As hundreds of women are sexually harassed every day, it reminds us that there must be an ongoing effort to protect women everywhere.

HERstory: The Changing Maternity and Roles of Women in the Philippines

These Hollywood actors regret some of their past problematic roles

Twitter’s tip jar makes it easy to send tips, but it has a privacy concern