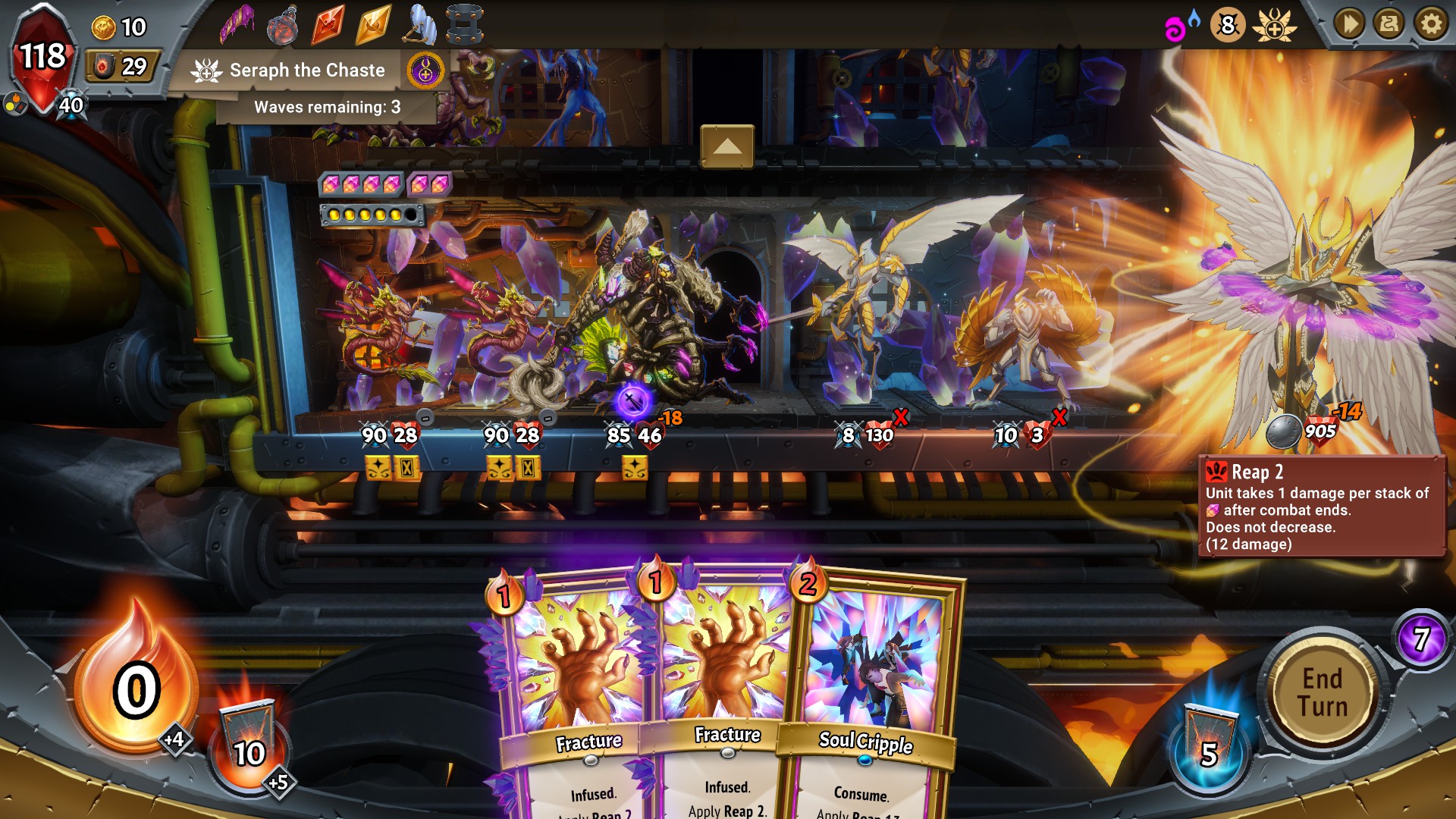 Value for money plays a lot more into the equation for an expansion than it does for an original game, it seems. The idea of â€‹â€‹just getting more of something, rather than a whole new experience, lifts the specter as an unwanted guest at the party. Paying Â£ 15 or Â£ 30 for a new game, with all the excitement and possibilities that it brings, is just a different beast than paying Â£ 10 or Â£ 15 for more of the same. How much is the same really worth? The last deity is a great reason to think about it.

As always, the answer to this question depends on how much value you place on what you got in the first place. Monster Train: The Last Deity definitely adds delicious items to the menu. There’s a new faction (the Wurmkins) with two new champions and some cool new mechanics. The first is the addition of Echoes, a new unit that builds up on train floors when you play certain cards and can be used to fuel all kinds of shenanigans. This is the most drastic new addition, certainly from a UI perspective, but there are plenty of other mechanics like Etch (which gives value when playing Consume cards), eggs that spawn creatures when you’ve infused enough Echoes on their Ground and Reap (post-combat damage dealt to enemies based on the number of Echoes on the Ground).

I’ve flushed out a few games with the Wurmkin and can confirm that they offer as much depth and interest as any of the factions in the base game and that there is enough to keep a fan going for a few hours. . Beyond that, Monster Train: The Last Deity adds a new dreaded eponymous endgame boss. Playing on Covenant 1 or higher will now give you the ability to take Pact Shards from the Circles of Hell in exchange for rewards (including the ability to mix your units into Super Units). The main thing is that these Pact Shards increase the challenge with each level, and if you get a hundred or more, unlock a new boss after the traditional endgame Seraph boss. I won’t say much about the The Last Divinity fight, but suffices to say that I am absolutely nowhere near beating him every time I get there. It really is a tall order for all but the best monster train players.

Is there enough to justify the expense? If you are a player who has reached the highest Alliance levels on your game, I would definitely say. The new faction adds a lot of interest and the extra difficulty will be welcome. If, like me, you’re navigating the Alliance One-Five Shallows, you might find that The Last Divinity is a challenge you can’t imagine beating. Even without that, the Wurmkins are different and deep enough to provide a lot of extended play, and the Pact Shards pose some interesting strategic questions. Even if you don’t have enough of them to trigger The Last Divinity, you can still use their perks and enjoy the challenge they add to all normal fights. Monster Train: The Last Deity is something all fans of the game will appreciate, but perhaps essential only for the real die-hards desperate for a new challenge.

Monster Train and The Last Divinity are both available for PC at GOG and steam, Xbox and Nintendo Switch now.