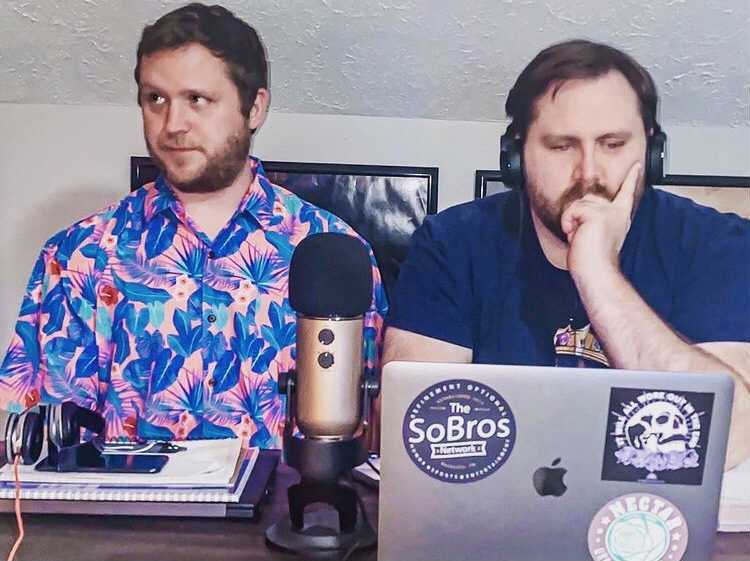 The 15 best podcast episodes from the SoBros network in 2021

It’s the season. This is our last week of content for the year before I take a good two weeks off and I’m revisiting some of our best stuff that we released this year when we left. We’ve made over 200 podcasts / videos this year so I think it’s fair to share with you what our most downloaded episodes have been over the past 12 months. That’s all this list is based on, by the way – pure downloadsâ€¦ although I’ve removed all urgent podcasts from the lists. No one wants to listen to us preview the Cardinals-Titans Week 1 game here in December. Also, a big thank you to all the guests who hopped on a SoBros pod this year. It takes a village, and I’m always grateful to those of you who see SoBros Network as something worth spending time on. Take a moment to follow all the guests we’ve had on SoBros Network podcasts this year, then let’s get to the top 15:

The 15 best podcast episodes from the SoBros network in 2021

15. Call Him, Ep. 21: Spongebob Squarepants and Mental Illness – link – Rooster and Stoney complain about sweating a bit before delving into a lengthy discussion about Spongebob Squarepants, where the series ranks among other Nicktoons, and the parallels the series has with mental illness, including dissecting a fan theory. about how each character on the show represents a different disorder.

14. Call Him, Ep. 25: Scary Stories From Reddit, Pt. 2 – link – “Rooster and Stoney keep the Halloween tradition alive on Phone It In by sharing scary, supposedly true stories they found in the bowels of the internet known as Reddit.”

12. Call Him, Ep. 20: Centralia, PA – link – â€œRooster and Stoney delve into the history of the small town in Pennsylvania that has been slowly burning underground for decades now. It’s Phone It In on Centralia!

11. Call him, Ep. 19: The psychology of sects – link – â€œRooster and Stoney delve into the wide array of cults that exist in the world, how they operate and how they recruit new members in the latest episode of Phone It In.â€

10. Call Him, Ep. 14: The Story of Gatlinburg, Tennessee – link – â€œStoney and Rooster completely mess the story of one of Tennessee’s largest vacation towns in the Smoky Mountains, Gatlinburg.â€

9. Call Him, Ep. 22: Oak Ridge, Tennessee – link – Rooster and Stoney dive back into the subject of Tennessee history as they take a look at the creation of Oak Ridge, Tennessee, the Manhattan Project, the effects of mercury pollution, and a strangely confusing tangent on the construction.”

5. Call him, Ep. 18: Black Friday – link – â€œRooster and Stoney are all bullshit about their feelings on Black Friday, and Rooster gives us a brief lesson on how big retail day began. “

4. The Unofficial Titans Podcast, Ep. 63: The 10 Best Quarterbacks In Titans History – link – “Sounds silly, doesn’t it?” Stoney Keeley and Outspoken Owen Reed offer their lists of the 10 best quarterbacks in Tennessee Titans history during the first #OffseasonContent show of 2021.“

3. The Vick’s Flicks podcast, ep. 75: Jason Statham – link – “With Wrath of Man in theaters, Brandon and Stoney take the opportunity to relive the career of one of the film industry’s biggest action draws, Jason Statham.”

2. Call him, Ep. 13: Death in Disney theme parks – link – In this uplifting episode of Phone It In, Rooster and Stoney delve into some of the deaths that have taken place at Disney theme parks in an attempt to possibly deter people from going to theme parks during A GLOBAL PANDEMIC . “

Stoney Keeley is the editor of the SoBros Network and a connoisseur of Dogs Playing Poker on Velvet. He is a strong supporter of the GSD team, #BeBetter and “Minds right, ass tight”. â€œBig Naturalâ€ covers the Titans of Tennessee, Nashville, Yankee Candle and a whole host of nonsense. Follow on Twitter @StoneyKeeley