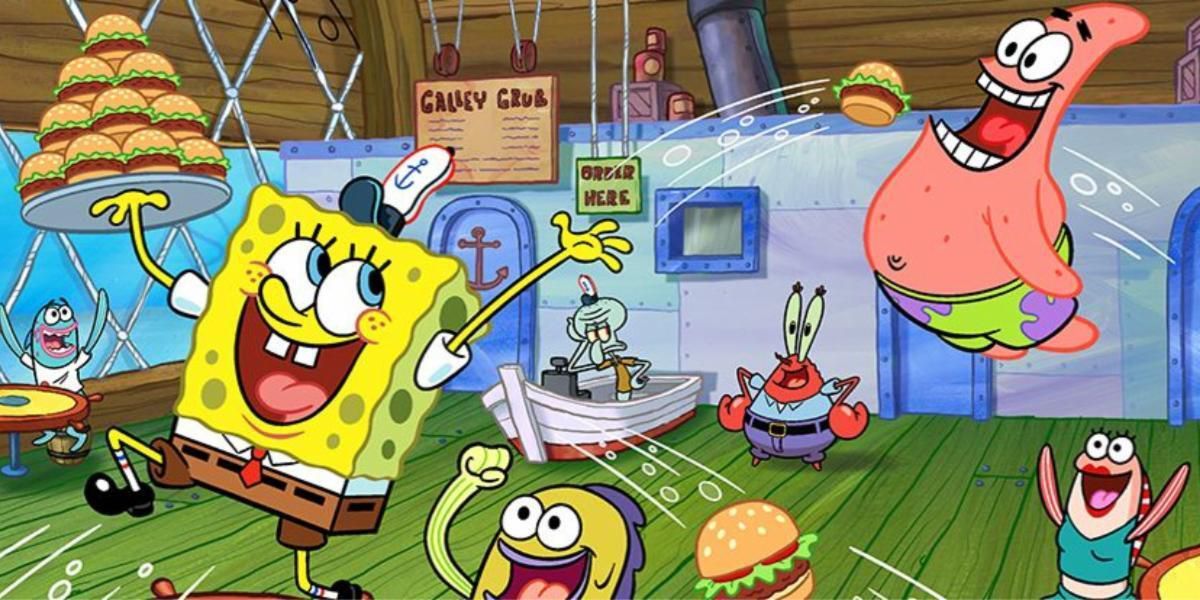 Sponge Bob SquarePants has been around for over twenty years now on Nickelodeon, igniting the hearts of children and adults alike with the adventures of the Sea Sponge and his friends in the world of Bikini Bottom. With thirteen seasons there are plenty of stories that tell the tale of the great SpongeBob SquarePants, however, there are only a few that really stand out from the crowd.

With the release of the new spinoff series, titled Kamp Koral: Spongebob’s Under Years, we thought it would be appropriate to determine which episodes of Sponge Bob SquarePants are prominent. Keep in mind that this only covers regular season episodes, so the eleven minute episodes are the ones we’re going to categorize today. For most fans, they’ll recognize a lot of them, as most are from the first two seasons – otherwise known as better era of Sponge Bob SquarePants (in my personal opinion).

With 248 episodes to choose from, there are bound to be Honorable Mentions, and that includes those few here.

â€œGraveyard Shiftâ€ isn’t just a memorable episode featuring the hash slasher, but is for any fast food employee who has had to stay late to clean up.

â€œIdiot Boxâ€ is for the kid inside all of us, showing what can be done if we are given just a little â€œimaginationâ€.

“Just One Bite” is the epitome of the transition from being a tough eater to try a food that changes your world.

All three episodes are great on their own, which is why they deserve a special place on this list just for them.

We can’t have a Spongebob list without evoking the classic “daring and brash”. Personally, I still love the episode “Artist Unknown” even now, because we really get to see that other side of Squidward a little bit more for the first time, showing his love of art and how much he truly adores it. , although his art is, uhâ€¦ less than excellent as a teacher.

But even so, the passion in the sea creature’s eyes is unbeatable and it’s always a good thing to see Squidward, of all, showing his happiness for once. Plus, this episode has gotten so popular that you can actually to buy â€œBOLD AND BRHHâ€ online and hang it in your own home – if it’s not a good episode, I don’t know what it is.

The conch knows everything.

I feel like everyone can relate to this episode on some level although in Spongebob. Sometimes when we’re stuck with our friends for a long time, even the closest friends can lose their minds after a while if they can’t find a way out. All they try to do is have fun together and things go wrong.

But “Club Spongebob” is one of the best episodes just because of the stupidity of it all, how even at the end the ranger was praising the Magic Conch and the legendary advice it would give, how even Squidward surrendered. My only question is why didn’t they just go back to civilization by the path the ranger made through the kelp forest? It probably could have saved them a lot of time.

Raise your hand if you’re a 90s kid and know all the lyrics to the campfire song. show of hands

Let’s talk about “The camping episode”. Seriously, there’s just something about it Spongebob episode that speaks to me. A part of me will always aspire to be as carefree as Patrick and SpongeBob SquarePants were when they were camping, but also to be as careful as they became later.

Not only that, but the appearance of the sea bear sparked a new fear for the ocean that I never thought I had. If only Squidward stayed in the magic circle! It would have saved him a lot of suffering.

Okay, I grew up in Northeastern America, right on Long Island, and let me tell you, watching the episode “Snowball Effect” of Sponge Bob SquarePants made me feel kinda way cause i could only to wish to have the amount of snow they had.

Without taking into account the scientific anomalies of this (I mean, snow underwater? I don’t know if that’s entirely possible), this episode of Spongebob is surely one of the best, if not just for the fighting aspects of SpongeBob SquarePants and Patrick building a fort, and even Squidward joining in the snow soon after. It’s always fun to see SpongeBob and Patrick acting like kids and it doesn’t feel forced. This episode feels like they’re having a good time instead of subsequent seasons where the writers seem to be pushing them into situations that make them act like kids.

But here, the idea of â€‹â€‹having fun in the snow seems real. Maybe that’s what makes it so fun.

â€œRock Bottomâ€ is iconic in many ways. This episode of Sponge Bob SquarePants sees SpongeBob SquarePants at one of his worst times, where literally all he wants is to catch a bus home so he can get out of a sketchy part of town.

The premise is so simple, and yet the way it’s executed still makes me laugh and squeeze my stomach even to this day as an adult. He just can’t seem to get a break no matter how hard SpongeBob tries to get on that bus. At the end of the day, we’ve all had those times when all we want to do is come home, and seeing SpongeBob SquarePants have so many problems is fine with me years later.

There are several reasons why I like this episode of Sponge Bob SquarePants so much, but the main one is the humanity we see in Squidward.

So far, we haven’t really seen Squidward show so much kindness to Spongebob besides the occasional favor he would give (which we’ll get back to in another episode here), but in â€œDying for Pieâ€ we can really see a different side of Squidward, the one who actually cares about Spongebob. He didn’t want to give the guy a pie that could kill him. He only thought of it as a joke out of spite, but now it could seriously end the life of the sponge – something from Squidward. does not have want to happen.

It’s sweet to see Squidward trying to make up for it all day by giving SpongeBob SquarePants the best day he can have, even if the ending feels like it ruins the sentimental moment. However, the thought is still there.

i can’t have Sponge Bob SquarePants list of levels without including “Frankendoodle” of all episodes. I’m pretty sure every kid from the 90s to 2000s has cited artificial doodle at least once in their life. But honestly it ranks so high because it’s so weirdo.

I mean, who would have thought that SpongeBob and Patrick would find a magic pencil at random, and then all of a sudden they would create a real living monster that basically wants to wipe out the world? It looks like a degraded version of Godzilla.

You knew “Pizza Delivery” was coming.

As one of the first episodes of the series, no one expected Sponge Bob SquarePants to release such a great song so quickly, but they did that and more. The principle is simple: deliver pizza to a Krusty Krab customer, but Squidward and Spongebob run into several obstacles along the way.

However, the hijackings they find themselves thrown into is something no one expects, and of course SpongeBob SquarePants is always trying to find a way around that to make the situation better.

Plus, there’s a surprising amount of heart towards the end when Squidward (who truly shows his humility for the first time to SpongeBob SquarePants) defends SpongeBob against the customer, who yells at him for forgetting a drink. after SpongeBob SquarePants walked day and night to deliver it. It’s a great episode from start to finish.

As a former Girl Scout, I have had my own run-ins with people who have had their fair share of interesting views on vendors. But seeing SpongeBob SquarePants and Patrick doing it is something I never want to forget.

All SpongeBob and Patrick want to do in “Chocolate With Nuts” is become fancier people and make money, so they decide the best way is to sell chocolate. What they don’t realize, however, is that sooner or later they run into chocolate-obsessed crazies, vendors, and more.

It’s complete chaos, and they don’t know what to do. Who knew chocolate would cause so much chaos?

The episode of all episodes. The be-all-end-all of Sponge Bob SquarePants. It’s … it’s “Band Geeks”.

The story is simple. Squidward wants to go back to being his old rival, Squilliam Fancyson, by having his band play in the Bubble Bowl, but of course Squidward’s band is made up of people who aren’t necessarily musicians. However, somehow they all come together at the very end for a performance that will knock your pants off your feet and prove that no matter who you are, anyone can rock.

Even with Sponge Bob SquarePants still going strong years later, even after the death of its creator, there are bound to be episodes that stand out from the rest. What are your favorites Spongebob episodes?