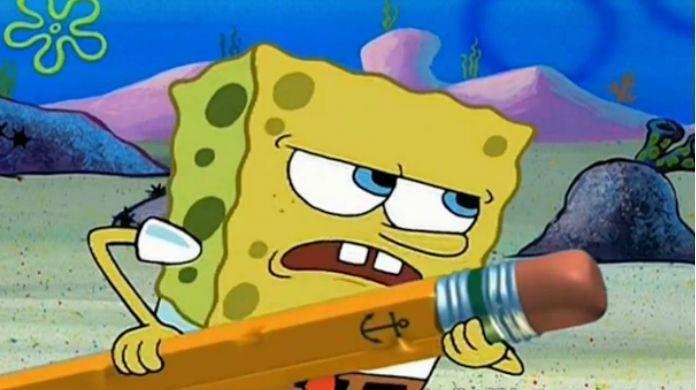 Online artists Matt Salvador, who calls himself “Lolwutburger” online, went viral in late June, he pointed out that his 2016 SpongeBob Squarepants background illustration was apparently used in a recent episode.

“Hey @Nickelodeon do you mind explaining that?” Salvador wrote comparing his work to a promotional video for SpongeBob SquarePants. The new clip looked almost identical to Salvador’s work, minus his signature in the lower right corner.

â€œI’m still waiting for an apology or explanation from Nickelodeon,â€ Salvador said of the situation via the BBC, â€œbecause it’s the least they can do.

“If they want to give me some sort of compensation, that’s fine with me too,” he continued. “But my advice to all artists is to always put some sort of identifier such as a watermark on their work so that they can prove that they were the original creators.”

Sponge Bob SquarePants was officially renewed for a 13th season in July with Vince Waller and Marc Ceccarelli as showrunners.

Along with the new season, the franchise will release a third film in theaters in The SpongeBob Movie: He’s a Wonderful Sponge in May 2020. Unlike its traditional animation style, the film will feature a new look with 3D animation. With the same voice of the series, the film will also star Kelly Marie Tran, Awkwafina and Reggie Watts.

The show’s official synopsis reads – “The character-driven toon chronicles the nautical and at times absurd adventures of SpongeBob (voiced by Tom Kenny), an incurably optimistic and serious sea sponge, and his underwater friends .Living a few fathoms below the tropical island of Bikini Atoll in the underground city of Bikini Bottom, SpongeBob SquarePants lives in a two-story pineapple. Instead of taking a logical approach to everyday challenges, SpongeBob SquarePants approaches life in a whimsical and unconventional way. Whether it’s looking for the ultimate spatula to perfect his burger flipping technique at Krusty Krab, or just hanging out with his best friend Patrick (a lovable starfish ), SpongeBob’s good intentions and overzealous approach to life usually create chaos in his underwater world.