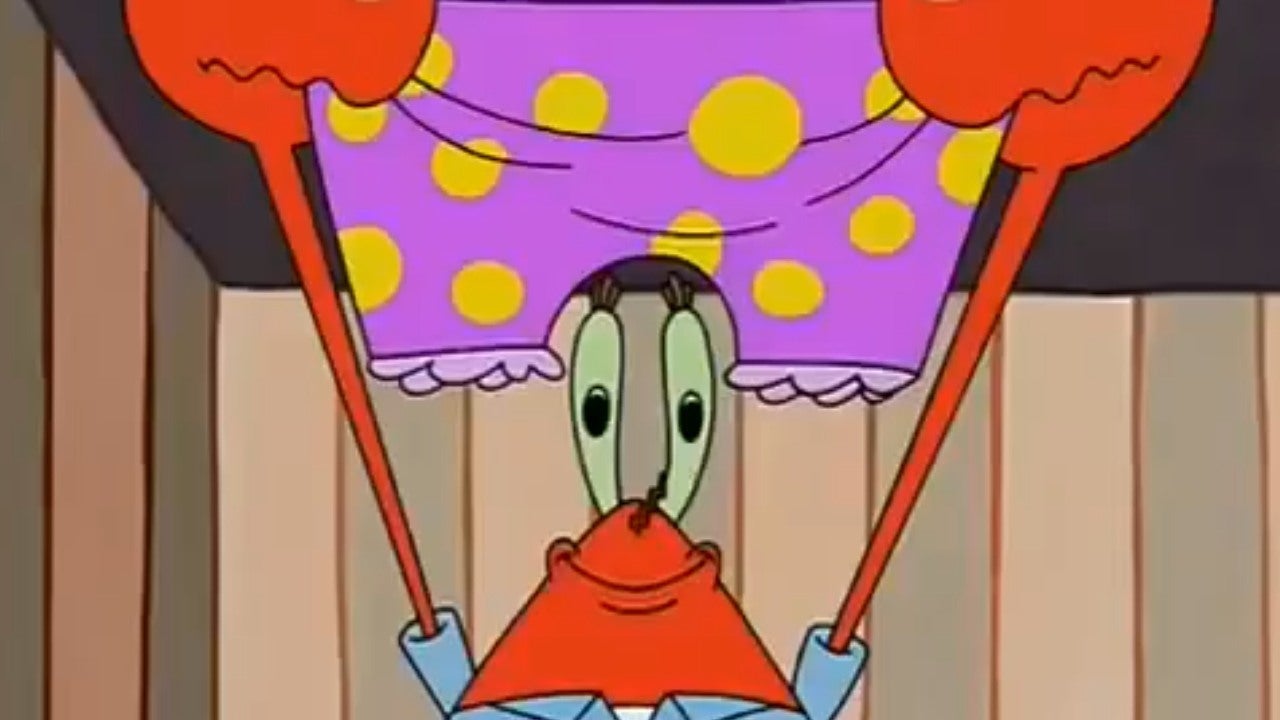 By Rebekah B. ShinMarch 26, 2021No Comments
The “Mid-Life Crustacean” episode of SpongeBob SquarePants is “out of rotation” and not available to stream on Paramount+ or digitally purchase from services like Amazon. Another SpongeBob episode, “Kwarantined Krab,” also appears to have been shelved due to similarities to the COVID-19 pandemic. The Season 3 episode, “Mid-Life Crustacean,” first aired on Nickelodeon in 2003 and features Mr. Krabs in a midlife crisis. SpongeBob and Patrick help out by showing Mr. Krabs a good time.

A representative for Nickelodeon stated, “‘Mid-Life Crustacean’ has not been in rotation since 2018, following a standards review in which we determined that certain story elements were not suitable for children.” When asked which scenes caused the controversy and whether Nickelodeon had ever considered a content warning ahead of the episode instead of removing it altogether, a Nickelodeon rep replied, “No comment.”The scene that possibly led to the episode being deleted could be the scene where Patrick suggests a “panty raid”, which leads to SpongeBob, Patrick and Mr. Krabs breaking into the house of SpongeBob SquarePants. a woman to steal her underwear. It turns out that the house they broke into was Mr. Krabs’ mother’s house. The mother catches the three in the act and sends Mr. Krabs to his nursery for the rest of the night.

Two episodes of SpongeBob SquarePants are usually paired together to fill a traditional 30-minute television slot. This episode’s companion episode, “The Great Snail Race,” remains available to stream on Paramount+.

“Snail Race” and “Mid-Life” are not available for digital purchase on Amazon. However, Amazon Prime in the US currently has both episodes unchanged and available to stream to all subscribers, and “Mid-Life Crustacean” is available as a “Season Only” purchase on iTunes in the SpongeBob “From the Beginning, Part 2,” which retails for $45.99 in the United States.

UPDATE: “Snail Race” and “Mid-Life” were removed from Amazon Prime shortly after this article was published.

IGN also acquired a DVD set for SpongeBob SquarePants: The First 100 Episodes. “Mid-Life Crustacean” is available in its entirety on the DVD set, which has a 2020 copyright on it. Nickelodeon again replied, “No comment”, when asked if the episode would be removed from digital releases or future DVDs. Additionally, a clip of Mid-Life Crustacean remains on Nickelodeon’s website, although it is not about the “panty raid” scene.

Another SpongeBob episode from the ongoing Season 12, “Kwarantined Krab,” will not air due to its “virus storyline.”

“The ‘Kwarantine Crab’ [sic] focuses on a virus storyline, so we have decided not to air it due to sensitivities surrounding the global and real world pandemic,” a Nickelodeon representative said in a statement to IGN.

However, the episode is currently circulating online in English, which means the episode was apparently released at some point. Clips of the episode are also available on YouTube in Spanish. Nickelodeon had no comment when asked when and where the episode aired.

“Kwarantined Krab” features the Health Inspector’s return to the Krusty Krab. The inspector finds a case of “Clam Flu” in the restaurant and quarantines all customers inside. The characters immediately begin to distrust each other, and anyone suspected of carrying the virus is shunned and thrown into the freezer. It is unclear if the episode will be released in the future.

Reddit users are reporting that “Kwarantined Krab” was not included on the recently released “Complete Season 12” DVD.The movie SpongeBob: Sponge on the Run has just been released in America. It’s available to stream on Paramount+ or rent for $19.99 on digital services. In IGN’s Sponge on the Run review, we said the movie was “a really goofy good time, full of laughs and light-hearted craziness.”

IGN took a look at the recently released Paramount+ and, in our Paramount+ review, praised the service’s pricing but criticized “its clunky user interface and lack of ability to create favorites lists.” “or” to watch later “”. For those unaware, Paramount+ will soon be hosting the Halo TV series.

Petey Oneto is a freelance writer for IGN who will have this DVD set forever, and Nickelodeon can’t take it away.