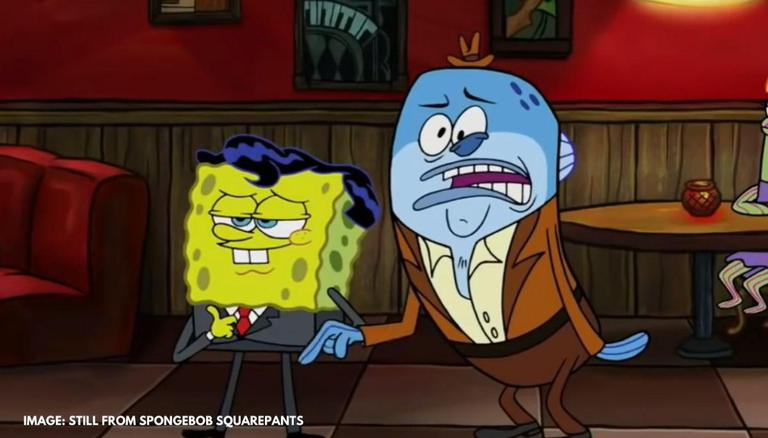 Sponge Bob SquarePants which airs on Nickelodeon and Paramount + has stopped airing a few episodes on the controversial storyline. Sponge Bob SquarePants’ episodes were stopped by the channel on the viral themed episode titled Kwarantine crab, of the 12th season currently airing. The episode was inspired by actual incidents, so the creators decided not to air the episodes due to the sensitivities surrounding the global and actual pandemic.

Sponge Bob SquarePants’ the deleted episodes were supposed to feature an underwater health inspector at the workplace of SpongeBob SquarePants the Krusty Krab in immediate quarantine after an outbreak of Clam flu. The episode was scheduled to air in the United States while clips in Spanish were found on YouTube. Nickelodeon has removed the episode from the DVD box set which was available in January. As reported by Yahoo India, the detailed synopsis reveals the Sea Sponge and his best friend Patrick Star stuck in lockdown, along with Squidward and Mr. Krabs.

In the episode, Mr. Krabs locks SpongeBob in a freezer after he is suspected of being the source of the virus and Patrick soon joins him, followed by other quarantined customers. At the end of the episode, the inspector announces that Krusty Krab is out of the flu but that several other diseases are breaking out. Due to the similarities these episodes have drawn attention to, CNN noted that a climate of fear and prejudice exists within the Krusty Krab outbreak and that this may be another source of concern within Nickelodeon. .

SpongeBob SquarePants deleted episodes also include Crustacean mid-life which features Mr. Krabs, SpongeBob SquarePants and Patrick raiding a woman’s house to steal her underwear. The woman turns out to be Mr. Krab’s mother who later punished him. The show’s spokesperson mentioned that it was inappropriate for the episode to air on a channel aimed at children, which led to the episode being discontinued.