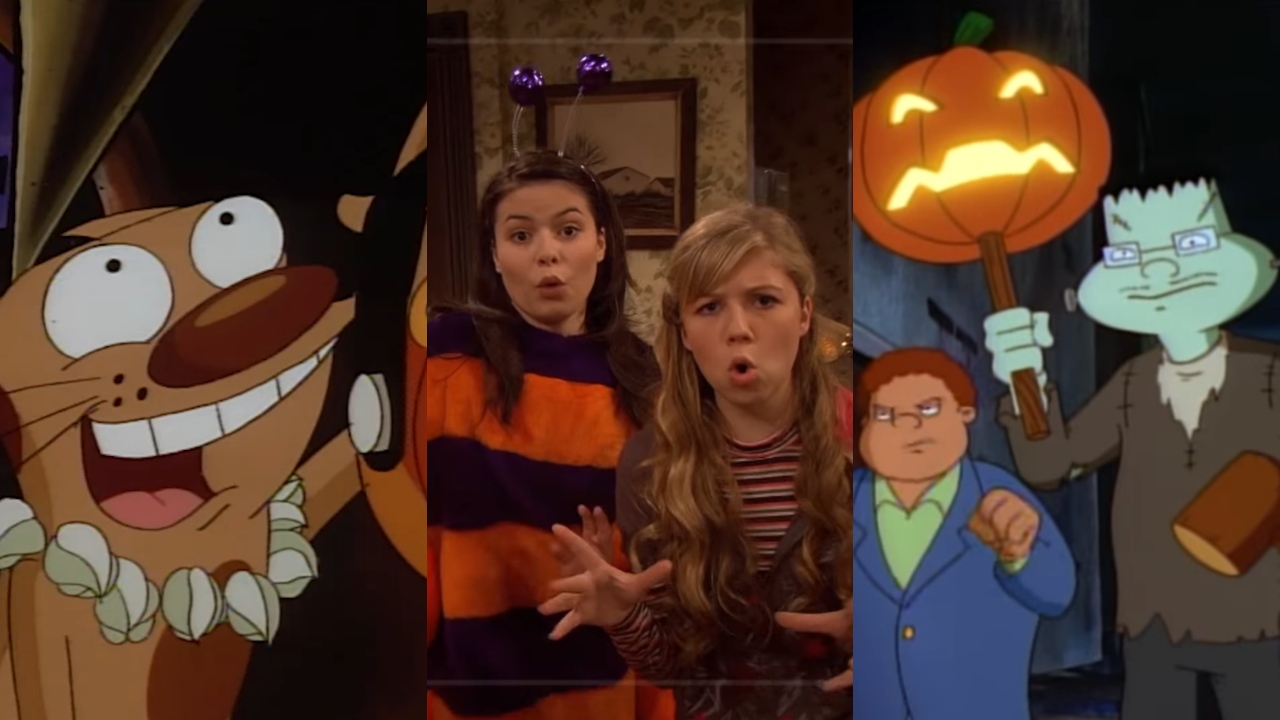 By Rebekah B. ShinSeptember 13, 2022No Comments

Among a plethora of TV networks that feature a solid lineup of bingeable content, Nickelodeon is undoubtedly one of the most popular networks when it comes to live action and anime TV series, especially during the freezing month of October when the spooky season is able to shine beautifully. Truth be told, there’s nothing more nostalgic than sipping apple cider while carving pumpkins like vintage Nickelodeon. Halloween episodes are shown on the TV in the background. In fact, we probably just revealed your secret nighttime routine during spooky month.

Given that Nickelodeon was founded in 1977 and hit the mainstream in the 1980s, it’s quite obvious that an abundance of Halloween-themed episodes have been generated by the aforementioned network. Traditionally, Nickelodeon even held an annual Nick or Treat marathon from 1985 to 2002 that included many of these specials. Before you venture out for candy with the kids or bob for some yummy apples, check out this definitive ranking of the top 10 Nickelodeon Halloween TV episodes.

Drake and Josh is undoubtedly a staple of childhood nostalgia that brought a lot of laughter into the homes of many. While this episode isn’t technically a Halloween episode – seeing as it was released in the month of March – the special’s jaw-dropping premise put its protagonists in a special position. In a bid for revenge, Drake and Josh hatch an elaborate plan to trick their younger sister Megan into thinking she’s seen aliens at her new telescope. It’s an unforgettable episode filled with scary moments.

Can we say iconic? The crossing between Rugrats and Aaahh!!! real monsters was definitely Nickelodeon’s multiverse of madness. In the episode, the babies come together to tell a scary story, which they all take turns telling, one by one. Eventually Angelica intercepts and starts telling the story for herself, only things get even scarier when the babies meet the characters of Aaahh!!! real monsters. It’s a spooky crossover episode that deserves a spot on this list.

We simply couldn’t get a glimpse of Nickelodeon’s best Halloween episodes without the inclusion of beloved character Jimmy Neutron. In the episode, Jimmy creates a portal in his lab that allows him and his friends to look like the monster they want to dress up like for Halloween. Unfortunately, an accident occurs while creating the Neutronic Monster Maker, and Jimmy realizes that everyone who has come into contact with the portal actually turns into monsters. It’s a classic Halloween episode that still reigns as a guilty pleasure during the month of October.

Cat dog is arguably the most underrated show Nickelodeon has ever created, and their Halloween episode definitely ranks among the best. During the episode, Dog is completely paranoid after a news report reports a gang of vampire bats flying around town. Cat dismisses this as nonsense, but when Dog is bitten and turns into a real vampire, Cat must do whatever it takes to get Dog back to normal. Cat dogIt’s been a relatively short run, but this episode is full of entertaining moments that really bring home that spooky atmosphere.

Zoe 101 is undoubtedly one of the most popular television series to come out of Nickelodeon, the live-action series resonating with an entire generation of teens when it originally aired. In the Halloween episode, the PCA gang orchestrates a homemade haunted house, which many students consider “too scary” for school. Eventually, the gang decides to pull some spooky pranks and fool themselves into thinking the “house” is actually haunted. It’s a thrilling episode that will add chilling depth to your watchlists.

From “Curse of the Werewuff” to “Real or Robots?”, the ever-popular animated series Rugrats is full of Halloween treats that give us a strong sense of nostalgia. Of all the episodes, however, “Candy Bar Creep Show” is definitely the best of the bunch. In the episode, Tommy’s family run a neighborhood haunted house, though babies are forbidden from entering due to the gore-fest atmosphere and creepy props. However, when the babies realize the haunted house includes an array of candy bars, the gang decides to enter anyway, which makes for some seriously entertaining moments.

iCarly has found itself catapulted into the news lately, after Jennette McCurdy’s best-selling memoir reached a wide audience of readers. Yet before McCurdy’s account, the creators and writers of iCarly generated one of the best Halloween episodes in Nickelodeon’s catalog. In this spooky episode, Carly, Sam and Freddie learn that an apartment in Carly’s building is actually haunted. Of course, the gang brings Freddie’s camera to the aforementioned apartment, and some spooky experiences have them shivering in their costumes. Ultimately, it’s revealed that the apartment isn’t actually haunted, but the episode certainly embodies that heartbreaking feeling.

It wouldn’t be a spooky list of Nickelodeon Halloween specials without Cosmo and Wanda granting Timmy every wish. Only this time, Timmy’s wish proves deadly for the entire human race. In the episode, Timmy wishes to be turned into a real monster for Halloween so he can get an abundance of candy after scaring the people in the neighborhood. However, Timmy does not realize that his wish affects everyone and also turns them all into monsters, which permanently reduces his candy share. It’s an unforgettable episode that’s perfect for the fall season. Plus, the song “Real And Scary” is an undisputed bop in Nickelodeon’s animated history.

Is there an animated series on Nickelodeon as timeless as Spongebob? The show has become a longtime staple on the notable network, and part of that reason is its roster of colorful Halloween episodes that keep scare lovers coming back year after year. In the thorny episode, SpongeBob and Patrick hatch a plan to show up to the Krusty Krab Halloween party dressed as terrifying monsters. However, SpongeBob suffers a freak accident at the hands of Patrick, and his horrifying appearance is more realistic than he initially thought. This is without a doubt one of the best Halloween episodes on Nickelodeon that will cease to be forgotten.

Without a doubt, Hi ArnoldNickelodeon’s Halloween Special sounds like the best Nickelodeon has to offer during the spooky month of October. In a distorted children’s version of War of the Worlds, Arnold and Gerald decide to trick the people at Grandpa’s adult-only Halloween party by creating a fake radio broadcast that warns of an impending alien invasion. However, when the leaked information is leaked on the city’s broadcast channel, the entire population panics. It’s a fun Halloween special that delves into the deepest depths of our fears, especially when it comes to the possibility of extraterrestrial life one day walking among us.