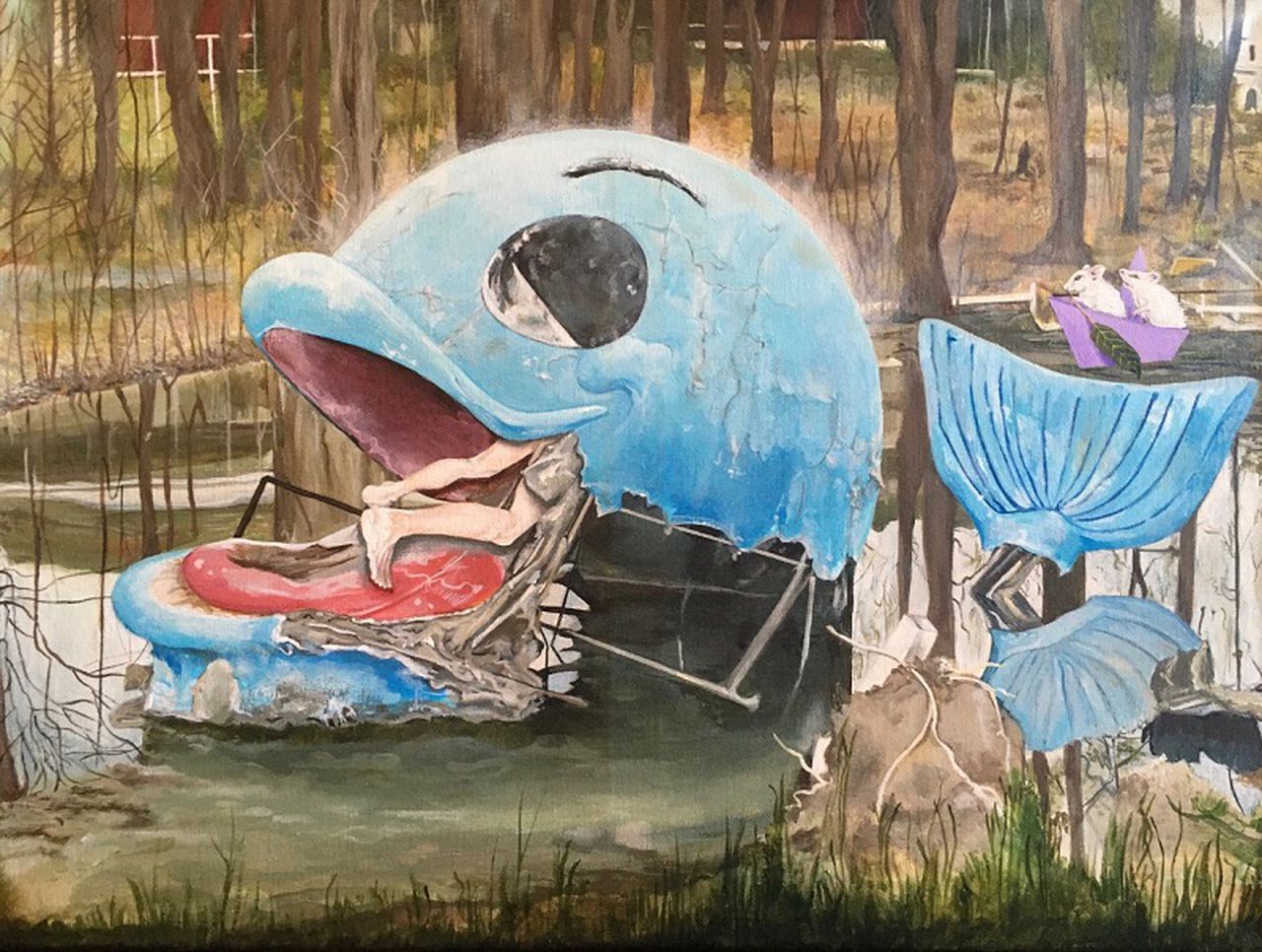 You might feel like you’ve taken a whiff of acid when you step into â€œDivine Discontent,â€ a solo exhibit at Dollhaus II featuring over 30 paintings by Rev. Jen Miller that were made during his forties. This will be the New York artist’s first solo exhibition for Dollhaus II. In fact, this will be her first show in New Jersey.

Miller wears many hats: author of six published books including Elf Girl (Simon & Schuster, 2011), longtime Anti-Slam open mic host, screenwriter (Satan, Hold My Hand), access star at Cable (Electra Elf) and founder of the “Lower East Side Troll Museum” that she left her apartment for 16 years. She is also a painter and graduated from the School of Visual Arts with a BFA in Fine Arts in 1994.

The subjects of Miller’s paintings include troll dolls, cats, inexpensive costumes, and amusements. From each work emerge dryads of woodwork; Models from the Sears catalog transforming into giant monsters, also known as kaiju for the uninitiated; and Barbie mannequin heads with eyes that follow you. Each work raises the question “where do I fit into?” “

These topics are meant to challenge our sense of normalcy and draw on influences such as Marcel Duchamp, Alfred Jarry, The Twilight Zone, Spongebob Squarepants, the Marvel movies, and Leonardo da Vinci.

Miller’s art has been exhibited in the past at the original Brooklyn Dollhaus during the group show “The Terrible Toy Fair”.

Dollhaus II is located at 23 Cottage St., Bayonne. The opening hours of the gallery are from 2 p.m. to 9 p.m. Thursday to Sunday.