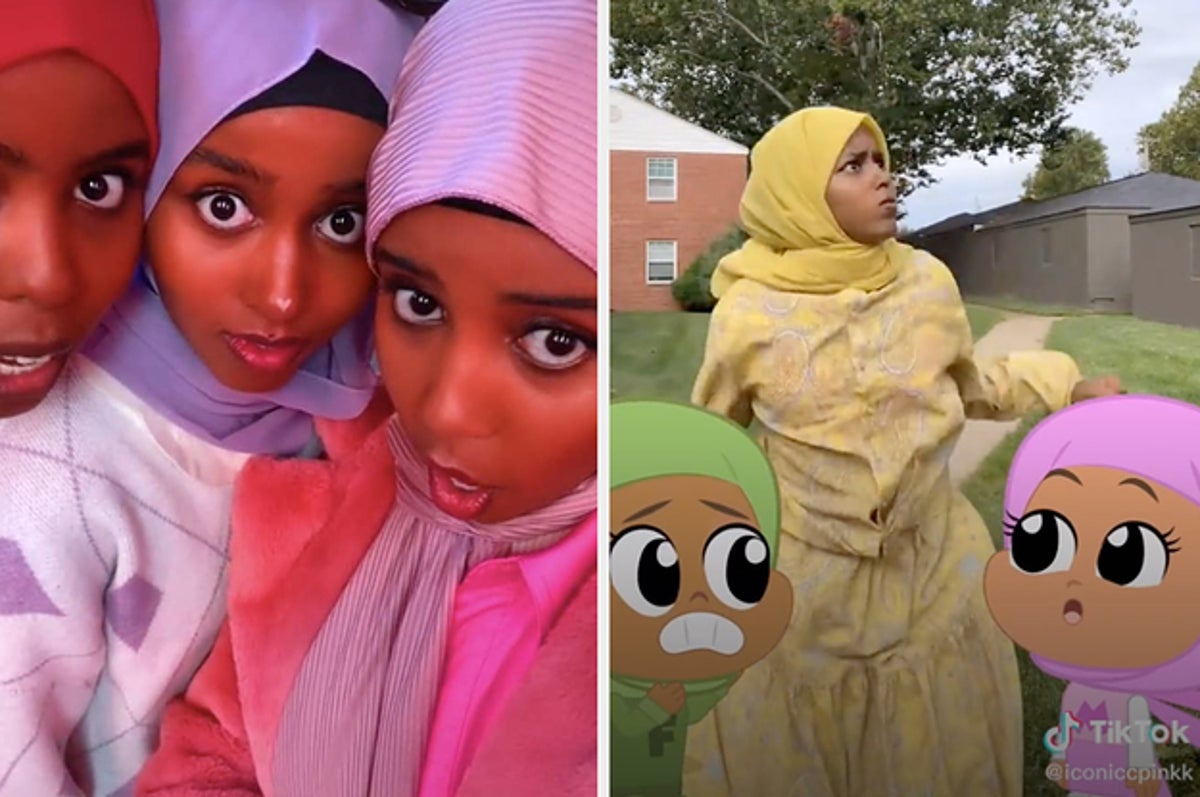 In this week’s newsletter: the trio of young Muslim sisters who have gained millions of followers with their hilarious and healthy humor.

This is an excerpt from Please love me, the BuzzFeed News newsletter on how influencers fight for your attention. You can register here.

I remember seeing two years ago a TikTok video duo of a woman fixing her hijab as someone fell from a hammock which has gone extremely viral due to its perfect timing.

This video was created by now 23 years old Munera Fahiye, who lives in St. Louis and graduated from college this summer. Since creating an account in November 2019, his TikTok has racked up 6.4 million followers and garnered over 194 million likes.

Towards the start of the pandemic, I started watching more of her videos, often spotting her younger sisters, Fatima and Anisa, participating in TikToks with her.

The adorable trio based many of their viral videos on their Muslim identity as Hijabi women.

Unlike many of the high profile faces often associated with the app, the Sisters’ presence on TikTok has been healthy and without drama. One thing I love is the way they troll the barrage of commentators asking for a “hair revealWith silly TikToks showing off another hijab.

I spoke with the trio on a video call where Munera told me that at first her sisters were just using her TikTok. â€œI slowly introduced them to my account because they weren’t sure they wanted to create their own,â€ Munera said.

Fatima later joined in December 2019 and Anisa in September 2020. Despite their own accounts, they continue to create videos together. They master the art of “Do not leave meâ€Challenge by creating several videos which has reached millions of views.

Now the sisters have teamed up with animation production company Toonstar for a short form series of cartoons with characters that look like them. Munera said they had been working on the cartoon for six months. â€œWe’re going to be recreating some of our more viral TikToks, like the ‘Don’t Leave Me’ challenges or just any fun content for sisters,â€ she told me.

There was an overwhelmingly positive response to the teasers alone instantly when they released in October, and that continued as they released more cartoons.

â€œWe didn’t expect it to be such a big thing,â€ said Anisa. â€œThere are so many people who say ‘finally hijabi cartoons’, and they feel represented. It motivates us even more because we want to create more projects like this that make hijabi women feel seen in the cartoon / entertainment space.

I asked the sisters if they ever felt like they were portrayed in the cartoons they watched when they were younger, as I had never seen an animated character with a hijab.

Like the sisters, I grew up watching the Super girls and various other popular shows, but it was only really with hindsight that it became clear that there was no real form of Muslim portrayal in mainstream cartoons available internationally.

Munera said they felt they had always seen other ethnicities represented, and that even mundane household shapes and forms were more represented in the animation than hijabis.

â€œPhineas and Ferb were like a triangle,â€ she told me. â€œSpongeBob is a sponge. Banana cartoons. Like, there is everything corn the hijabi cartoon. And we’re like, How can we bring this to the world?“

The cartoon’s episodes were posted partly on the sisters’ TikTok pages, but I can’t help but wish it was released on a streaming service to really reach a mainstream audience – and a lot of commentators seem to be. agree with me.

The sisters took note of all the comments and said they were hoping to make it on a major platform.

A younger me would have loved to see a cartoon centered on three Muslim sisters having fun, but until then I’ll be watching TikToks on repeat.