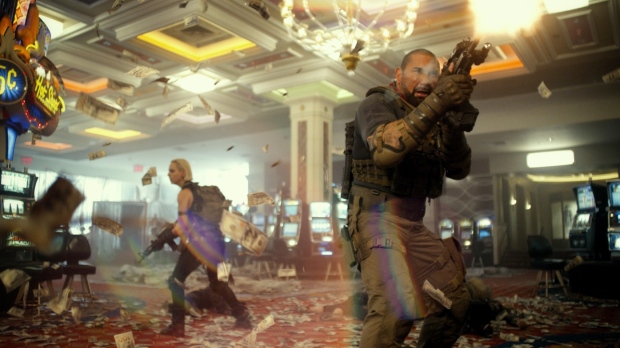 Movie reviews: ‘Army of the Dead’ pushes the zombie genre forward, but its story isn’t as evolved

The first 20 minutes of â€œArmy of the Dead,â€ Zach Snyder’s new movie now streaming on Netflix, is a good time to spill the blood – and squirt – a good time.

In the first minutes of the film, a car sneaks into a military transport carrying “Area 51” type cargo. It turns out that the “freighter” is a bloodthirsty, dead-living creature that dodges bullets, which quickly destroys the security details guarding the truck, turning them into zombies with a quick hit.

The plague of the living dead is spreading rapidly. The hardest hit is Las Vegas, which enters the ultimate lockdown. Walled up to keep zombies inside, Sin City is now the undead capital of the world.

Into this mix comes Dave Bautista as Scott Ward, a touching and badass chef of a motley team of misfits hired by a wealthy casino owner to infiltrate Las Vegas and steal a safe full of cash. The only problem? There are hundreds of well organized zombies between them and the money.

Snyder gives the living dead a vivid life in the vividly (sometimes literally) staging prologue and if the whole movie was as inventive as the first 20 minutes, “Army of the Dead” would be a movie. thrilling, dark fun roller coaster ride. But once the film becomes a hybrid of â€œOceans Elevenâ€ and â€œWorld War Z,â€ the exuberance wears off in favor of a more standard zombie fare.

However, there are some innovations in the genre. There’s a loving zombie, undead tigers – because it wouldn’t be Las Vegas without one of Siegfried and Roy’s big cats – and zombie contortionists from Cirque du Soleil. Beyond that, â€œArmy of the Deadâ€ stays true to the conventions of the zombie and heist genres, filtered with Snyder’s grim sensibility, anyone can die at any time.

However, a major change from the typical zombie lore works well. Alpha zombie Zeus (Richard Cetrone) is as bloodthirsty as you can imagine, but he also has the ability to love. It’s a new twist that gives her character more depth and motivation beyond the usual blind hunger for humans.

Is the “army of the dead” scary? Not really. Raw? For sure. There’s enough fake blood here to fill the Dead Sea, but as elegant as the slow-motion CGI plasma sprays are, the movie, at 148 minutes, feels too long and is a bit too deliberately paced. Zombies are cool and slightly more advanced than usual, but unfortunately the overall story is not as evolved. 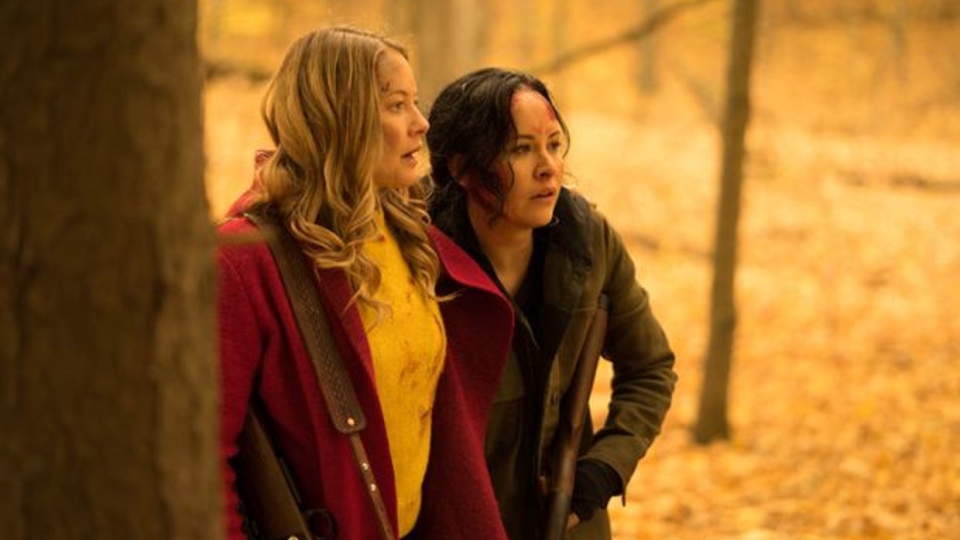 â€œThe Retreat,â€ now airing on VOD, is a survivalist horror film that sees big-city couple Renee (Tommie-Amber Pirie) and Valerie (Sarah Allen) out of their element and fight for their lives in the remote countryside.

RenÃ©e and ValÃ©rie are at the â€œif this doesn’t go anywhere, you have to let me knowâ€ stage of their relationship. ValÃ©rie wants to take it to the next level, RenÃ©e is elusive. Affectionate, but without commitment. â€œI’m trying to talk to someone who clearly has a hard time with conversations between adults and who avoids conflict,â€ says ValÃ©rie.

A weekend in a cabin with friends seems like the tonic their relationship needs, but it doesn’t go as planned. They arrive to find the deserted place with no sign of friends Connor (Chad Connell) and Scott (Munroe Chambers). Alone in an unfamiliar environment, the couple come across disturbing signs. They hear noises in the woods and a deer head hanging between two trees irritates ValÃ©rie, but RenÃ©e, who was hunting with her family, is less panicked. â€œWe were there to reduce the population by culling,â€ she said, foreshadowing an inner strength that will soon come in handy.

By nightfall they are convinced that someone is watching from the woods and soon they are fighting for their lives against extremist militants determined to kill them just because they are “different”. “It’s time to bring down,” Killer Gavin said before the axes began to swing.

Played over 82 tight minutes, “The Retreat” wastes no time setting up its characters and situation. Establishing an atmosphere and a sense of tension through the remote setting and the tension between Valerie and Renee, director Pat Mills quickly gets to work, amplifying the weirdness with scares and a haunting soundtrack.

The scenes are quite effective, although once the darkness hits, physically and metaphysically, the film itself darkens with low-light photographs that sometimes make it difficult to see what is going on.

So far, this is a typical cabin in the woods setup, but with one major difference.

What sets “The Retreat” apart from other rural survival films is its subtext. Horror isn’t often kind to LGBTQ + characters, treating them like villains or killing them shortly after the opening credits. Here they are in the foreground. Tracked down by a group of heavily armed losers just because of who they are, RenÃ©e and ValÃ©rie fight back.

â€œThe Retreatâ€ is a welcome twist on a queer director and screenwriter’s survival genre that mixes anxiety, horror, and empowerment. 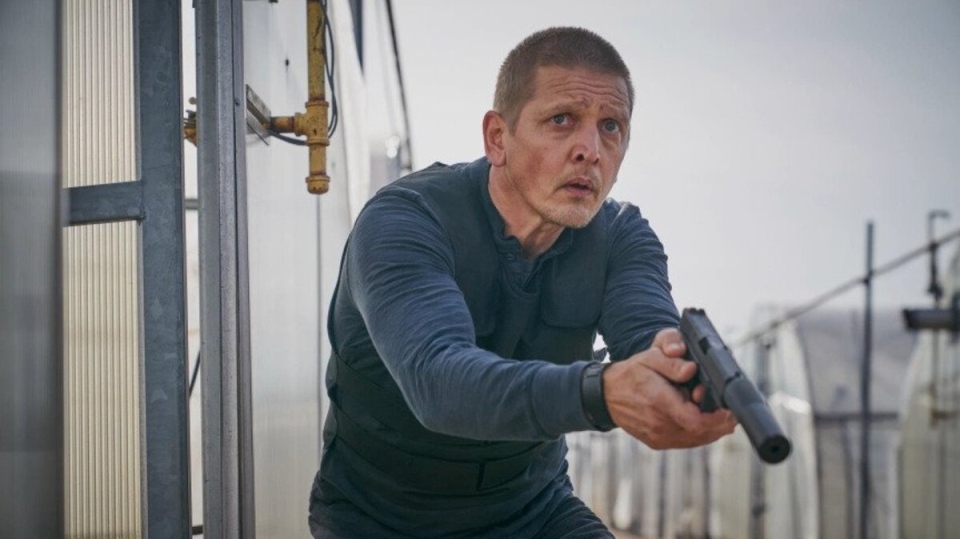 â€œTrigger Point,â€ a new action movie starring Barry Pepper and now on VOD, is sleek and features good actors, but suffers from a bad case of having been there, done that.

Pepper is Lewis, a retiree who leads a quiet life in a quiet town in upstate New York. Her days were spent at the local restaurant, flirting with waitress Janice (Nazneen Contractor) and sipping tea at the quaint local bookstore.

Her home life, however, is not that picturesque. His cabin in the woods is a real fortress, equipped with high-tech surveillance equipment and security drones.

It turns out Lewis is actually Nicolas Shaw, a former super-spy in a shady operation called “The Agency”. In hiding after his actions resulted in the assassination of his entire team, he is brought back to the dangerous world of international intrigue by his former master Elias Kane (Colm Feore).

Kane’s daughter, Monica (Eve Harlow) has been kidnapped by the obscure character who may be responsible for the methodical murder of Shaw’s team.

So, just when he thought he was out, Shaw is brought back to rescue Monica and search for the man responsible for her professional and personal loss.

“Trigger Point” director Brad Turner has a long and varied list of television credits, including episodes of “MacGyver”, “Agents of SHIELD” and “Hawaii Five-O”. He knows how to film the action and where to place the camera so that the film looks good when the bullets fly.

He’s also good at casting interesting and solemn actors like Pepper, Feore, and Carlo Rota, who have all traveled this territory before.

It is in storytelling that things go south. Weighted down by the banalities of tough guys, there is very little in “Trigger Point” that we haven’t seen before and done better. The actors breathe all the life they can into this collection of snaps, but no grim determination can raise that above the level of a forgettable waste of time right on video.