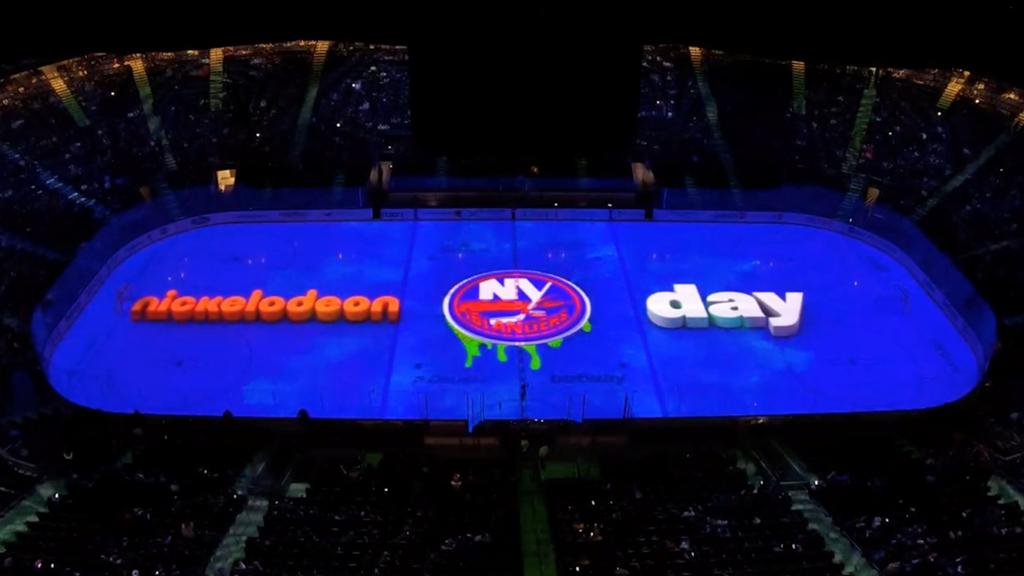 Chara played his first NHL game on November 19, 1997, while “SpongeBob SquarePants” made its television debut on May 1, 1999.

Any other day this stat isn’t as relevant, but on Saturday the New York Islanders teamed up with Nickelodeon to host Nickelodeon Day during the game against the Dallas Stars at UBS Arena. Fans were immersed in a Nickelodeon-like universe and saw animated displays of characters like SpongeBob SquarePants, both on the ice and on social media. The biggest illustration of the event was a projection show smothering the ice in virtual mud.

Tweet from @NYIslanders: The #Isles x @nickelodeon ice splatter is here and that’s it. pic.twitter.com/jhQshL29nF

Nickelodeon’s favorite characters from “PAW Patrol” and “Fairly OddParents” also made special appearances on the game’s broadcast, which was, of course, slime galore.

Tweet from @NY Islanders: POINT ON OBJECTIVE…. BUT SLIME. pic.twitter.com/vC6kC5nxLM

In the arena, fans also made their own slime.

Former NFL player Damien Woody was in attendance for Nickelodeon Day, but he didn’t come out of the game dry. Or would you say it’s clean? How about non-sticky?

Tweet from @NY Islanders: Have you ever wanted to see @damienwoody get SLIMED? Now is your chance. 🤣👏#Islands | @nickelodeon pic.twitter.com/hooZWebjg0