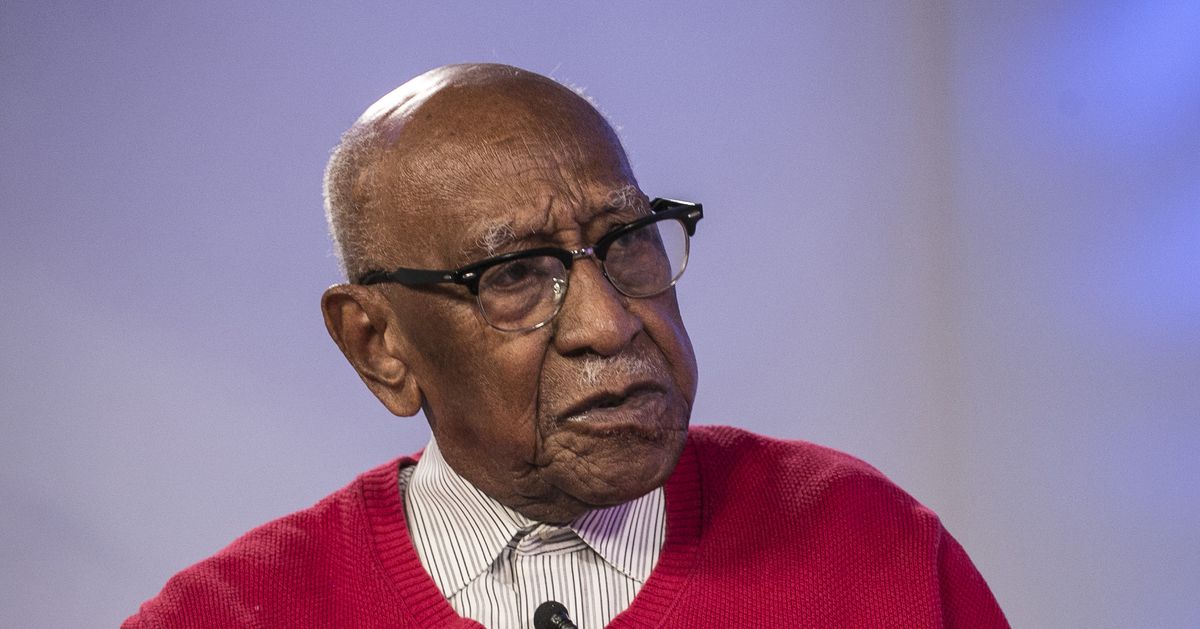 The coronavirus pandemic is taking a heavy toll on blacks, especially the oldest among us. But quite a few intelligent young people don’t take the virus seriously. They keep going out and gathering in large groups. It is a serious threat to their well-being and that of their families and friends.

I’m not here to scold, but I hope my experience can help you young people ponder why we need to take serious precautions to protect ourselves, our families, and our communities.

I was born during the 1918 Spanish flu. My sister died in the epidemic. I doubt my mother ever recovered from this loss. But my mother went on and lived another half century despite health problems, the Great Depression and World War II.

Mother was only a generation away from slavery. In 1919, she and my father moved the family from Alabama to Chicago to escape Jim Crow and racial terror. All three of their surviving children were well educated. My brother and I fought in the US Army during World War II and became decorated veterans.

Battles are not won in weeks

Now we have to fight this pandemic as hard as we did then. The president has claimed the virus will magically go away every day. In reality, no historical battle will be won in a matter of days or weeks. It’s a good thing he wasn’t president during World War II or you would all speak German now and I wouldn’t speak at all.

They call my age group the Greatest Generation because we fought in WWII. But now, at my age, I think you must be the young people New Greatest generation.

I am furious at the hostility of some politicians towards older Americans. Right now that we seniors are threatened by this virus, they pretend we are expendable. But we have just as much right to be here and live our lives as anyone else.

My contemporaries and I have a wealth of talents, ideas and positive experiences. We were change makers and we’re not done yet. Talk to your own grandparents if you’re lucky enough to have them with you. Ask them what they went through.

It is not enough, respect your elders. You also have to to protect She. Make sure they have what they need, but keep your distance for the time being. Follow the advice of scientists and doctors: stay home, wash your hands, cover your face, etc. to prevent the virus from spreading. Practicing these rules is a form of resistance to historical injustice.

In World War II we united to defeat our enemies. The future of democracy was at stake. Every family has sacrificed. We saved cans to turn into ammunition. We have grown vegetables in every garden. Butter, meat, sugar, coffee, and other necessities were rationed to be sent overseas to the troops. We took care of each other.

We united even though we were still separated within the army. We said to each other: “We will solve the problem when we get home.”

Protect everyone – and our choice

I am proud of the young people who are now organizing on the South Side and delivering food and relief supplies to those in need. You act purposefully and in a leading manner.

In addition to protecting our elders, we must also protect those who have been imprisoned. We from the outside should demand protection for them. We need to treat them fairly and hurry to release as many as possible, give them access to health care and make sure they are housed.

I am also concerned that the President might take this opportunity to postpone or even prevent the national elections next autumn. We need a national system of alternative voting procedures, such as postal ballot papers. I remain optimistic that we can mobilize the voters and defeat the incumbent.

Our big cause in the days of my youth was the defeat of tyranny around the world. It took international efforts. Every young person came forward. We did it then and we can defeat that enemy today.

At 101, I was fortunate enough to be able to live beyond the typical lifespan. I hope we can inspire each other and stay politically vigilant and active.

In the words of my old spiritual favorite hymn: “I’m so happy / Trouble doesn’t always last.”

Timuel D. Black is the author of three volumes on the history of Chicago, including his personal memoir, Sacred Ground: The Chicago Streets of Timuel Black. This comment comes from a conversation with Susan Klonsky.