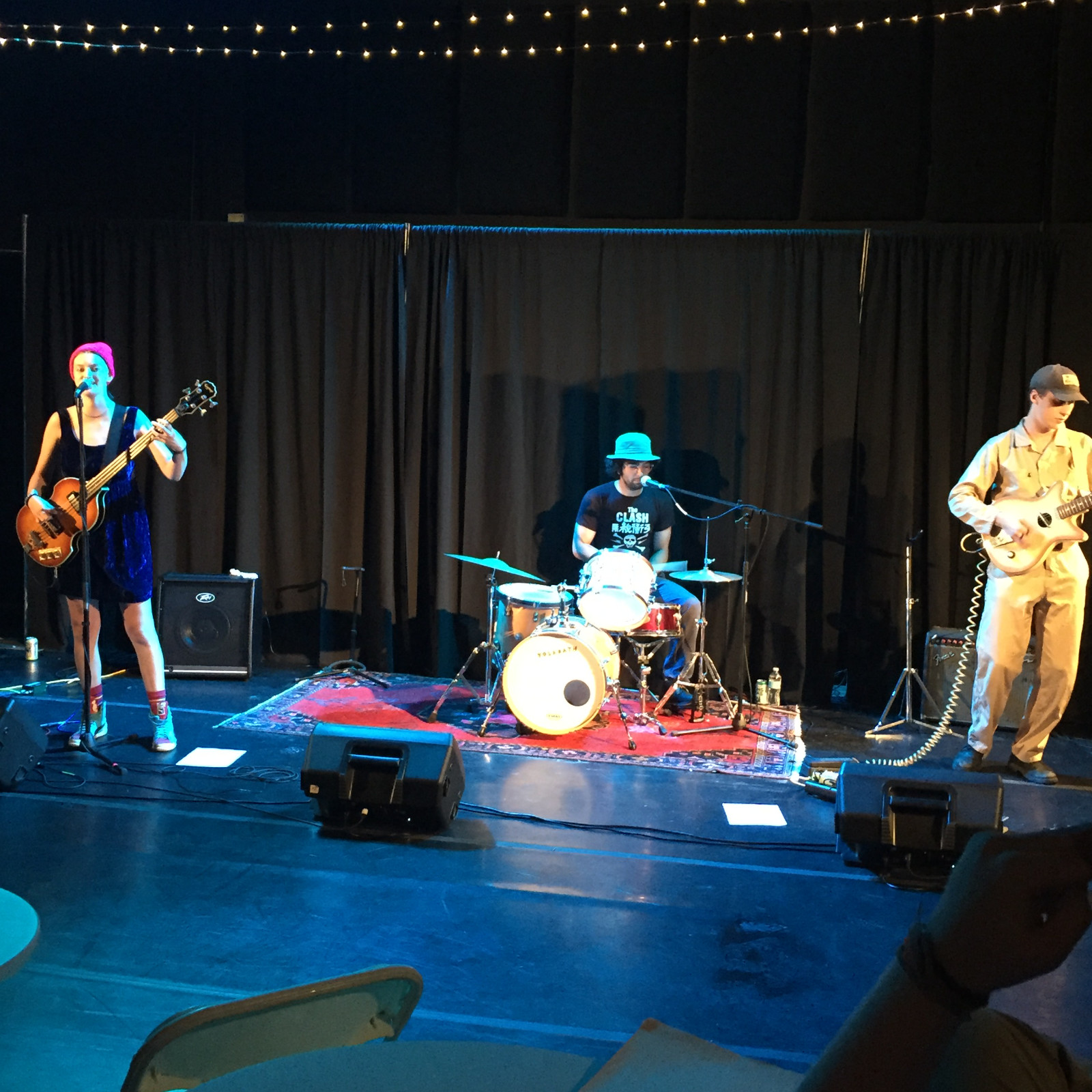 Emerging Artist Series at the Foundry • The Greylock Glass

“Hey Yolk Bath – Can we dance? Â»: Series of emerging artists at the foundry

Q. How do you pack the dance floor on a Summer Tuesday in West Stockbridge?

A. Based on this week’s show at The Foundry, starring Amherst’s Yolk Bath, there are some things to consider.

First of all, you will need a critical mass of fans. About a dozen have crossed the pass from Pioneer Valley, bringing with them an exuberance beyond the binary and a desire to practice their moves. One of them immediately asked the question of the night: â€œHey, Yolkbath, can we dance ?! Add in a handful of middle-aged couples (parental types possible) and a few Foundry devotees and you have a quorum, plus enough outlet to cover gasoline, tolls, and libation for these emerging artists.

Throw in some exotic headwear. The band themselves set the standard here, with bassist Meem wielding a pink day-glo beanie over their blue velvet romper; drummer Vivian Mauve wearing a classic bob to complement her black Clash t-shirt; and guitarist Smooth Mathilda wearing a well-worn navy cap to match her beige jumpsuit. (As you can deduce from these names, the trio took an endearing approach to Oscar Wilde-meets-Spongebob nomenclature.) Matching beanies and snapbacks, as well as a plaid newsboy cap on a bearded man, completed the look. ‘hat shop display.

At least two members of the press. Besides your faithful Greylock glass correspondent, the press was also represented by Charlie de Surreal times. (Charlie, who actually gave me a hard copy of the latest edition of this satire produced on both coasts, also serves as a roadie / merch-seller / superfan for Yolk Bath.) In addition to a number of social media videographers, a youngster to my left wrote pen-and-ink sketches of the group in a moleskin journal.

Perhaps the most difficult item to plan would be a dynamic weather event. The furious downpour the group drove through on the toll highway gave the afternoon a biblical feel; the power outage as the band charged imparted a slapstick comedic vibe. (The gig remained uncertain long after the food truck left; only the resumption of power as the show approached allowed Yolk Bath to take the stage and their followers to storm the ground.)

Infectious, or at least insistent, grooves. The group, which bill themselves as a psychedelic rock trio, reveals regional roots with legends like The Pixies and Dinosaur Jr; they also display a kinship with iconic bands such as The Beastie Boys and Throwing Muses. Their nine song set started and ended with a lot of speed and volume. (â€œRipper Ladyâ€ and â€œGrim Jiggler at the Horse Factoryâ€ are both available through BANDCAMP; â€œUntitled Song # 1â€, for obvious reasons, has yet to be released.)

Meem’s skillful basslines and Vivian Mauve’s emphatic percussion set the scene and propelled the dancers, though the weather changes at times seemed more chimerical than convincing. These two also contributed lead vocals for many songs; other melodies replaced angular guitar solos where the words would have stood in a more pop composition. After literally playing their entire catalog, Yolk Bath ventured into a cover of their simple encore. It was the only song with Smooth Mathilda on vocals, as well as the only song to feature an attempt at harmonization. The former suggested a modality that Yolk Bath might want to explore in more detail; the latter proved difficult given the uneven mic settings or, perhaps, insufficient repetition.

The band and their fans clearly had a great evening, as did Foundry Artistic Director Amy Brentano. â€œThat’s why I opened this place,â€ she said after the show. And now she and we, along with everyone who attended and everyone who has read this, know the answer to this pressing question: How do you pack a dance floor on a Summer Tuesday in West Stockbridge?

The foundry’s emerging artist series continues next Tuesday with Berkshire native Bree Nicola (LINK). Details on other shows can be found in the club’s calendar.

AJ Kohlhepp lives, works and writes in Sheffield, MA. You can find links to other writings HERE.