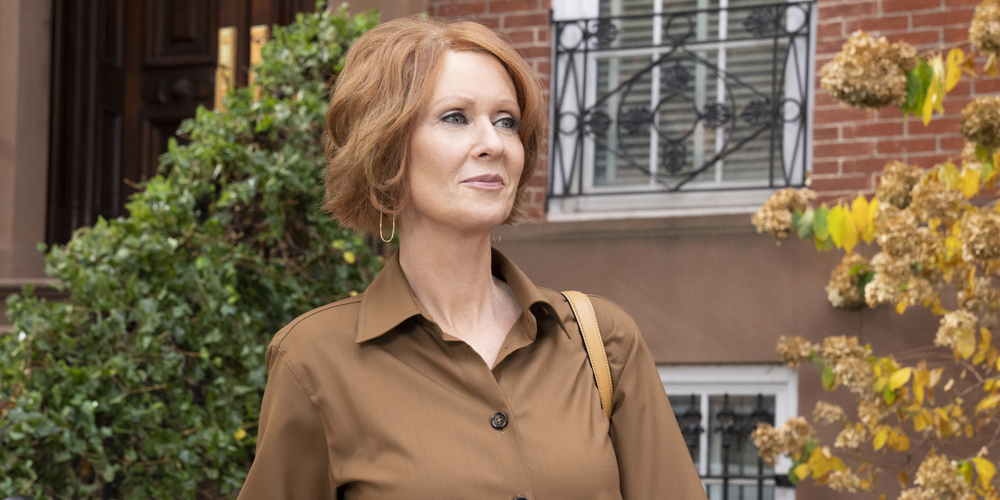 The 55-year-old actress spoke to vogue in a new feature, admitting she’s “baffled” by all the feedback about Miranda’s decisions on the show.

“I think it’s a weird reaction,” she said, saying that she personally thinks “Miranda is brave, and I think Miranda is pushing forward.”

Cynthia continued, “She doesn’t know exactly where she’s going, but she knows she has to go somewhere. And I think that’s always been true for Miranda, hasn’t it? Miranda is very smart and she is very tenacious, but the idea that she is levelheaded – she was never levelheaded! It’s a loose cannon, a very opinionated loose cannon. She’s always been a bull in a china shop and loses her temper and blows things up, then has to backtrack when she calms down.

“I feel like what Miranda is doing [on ‘And Just Like That’] is incredibly brave. She gives up her very lucrative job at the company and goes back to trying to do something more with her life. As Miranda says: We are not old, we are 55 years old. I mean, you’re definitely closer to the end than the beginning. But if you’re not happy with where you are, you still have plenty of time to make a change.

Cynthia then advised fans wishing to see the original Miranda to watch Sex and the City.

“If I could do anything differently, I would have made sure we said to people in 10-foot-tall letters: This is not ‘Sex and the City’. If you search for ‘Sex and the City’, you should watch the reruns,” she said. “It’s a new show for this moment, and for the moment in the lives of these original characters.”

Previously, Cynthia opened up about her reluctance to join the revival.