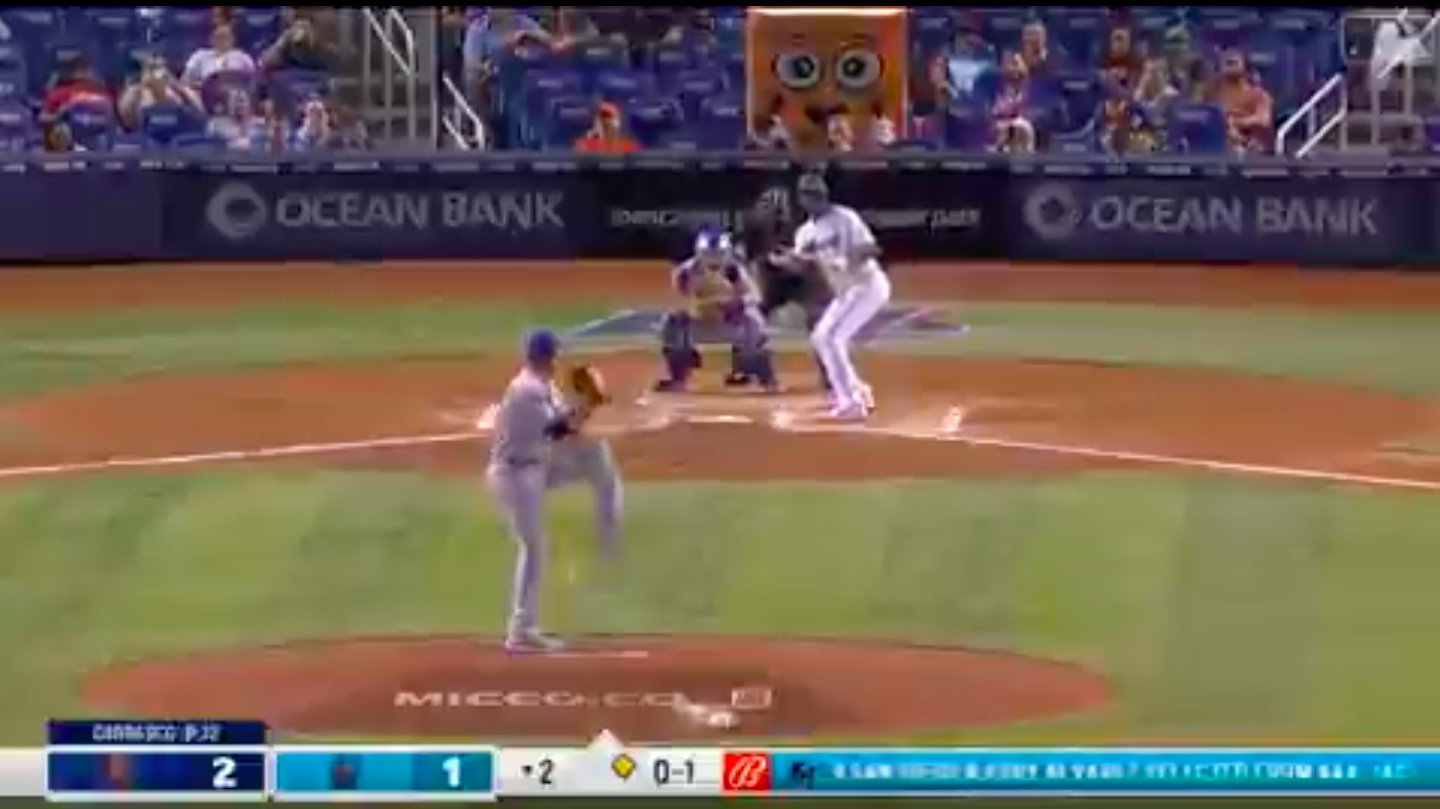 MLB knows how to keep the charm and novelty of its games alive. On Tuesday, September 7, the baseball league took it up a notch by presenting a Cinnamon Toast Crunch mascot enjoying the Miami Marlins game against the New York Mets from the sidelines.

Sports fans who arrived at the stadium to enjoy the game in person were certainly taken aback when they saw the giant figure sitting next to them. Some were upset that the mascot got a better seat than them.

Viewers, who watched the game from the comfort of their own homes, were also plunged into depths of discomfort at the sight of the mascot. Many of them took to Twitter to express their confusion.

Yes, baseball fans, your eyes haven’t fooled you. It was truly a Cinnamon Toast Crunch mascot that you saw on your screens!

The Miami Marlins reached Major League Baseball fairly recently, but the team knows how to add a little funk and quirk to their games. They always had an unusual mascot sitting behind their home plate.

This one in particular had giant eyes and arms sticking out from the sides and sat behind the plate in the front rows. The mascot certainly looked delighted to have been invited to the game.

Fans react to the giant character

While many were thrilled to see their favorite cereal come to life, others wondered how sports fans, who paid their hard-earned money for their seats, would have felt seeing a mascot have a better view than them.

A look at previous MLB mascots

Other memorable MLB mascots include Billy The Marlin, who was a fan favorite of the Miami Marlins.

Dinger, a anthropomorphic purple triceratops at the Colorado Rockies game, was one of MLB’s favorite dinosaurs.

Who could forget Gapper, the current mascot of the Cincinnati Reds? Mr Red’s furry companion was created by David Raymond’s Raymond Entertainment Group.

Don’t even get us started on MLB favorite couple Mr. and Mrs. Met. The official New York Mets mascots are celebrities who have now appeared in numerous ESPN commercials.

In other news, where and when did Cardi B give birth to her second baby?