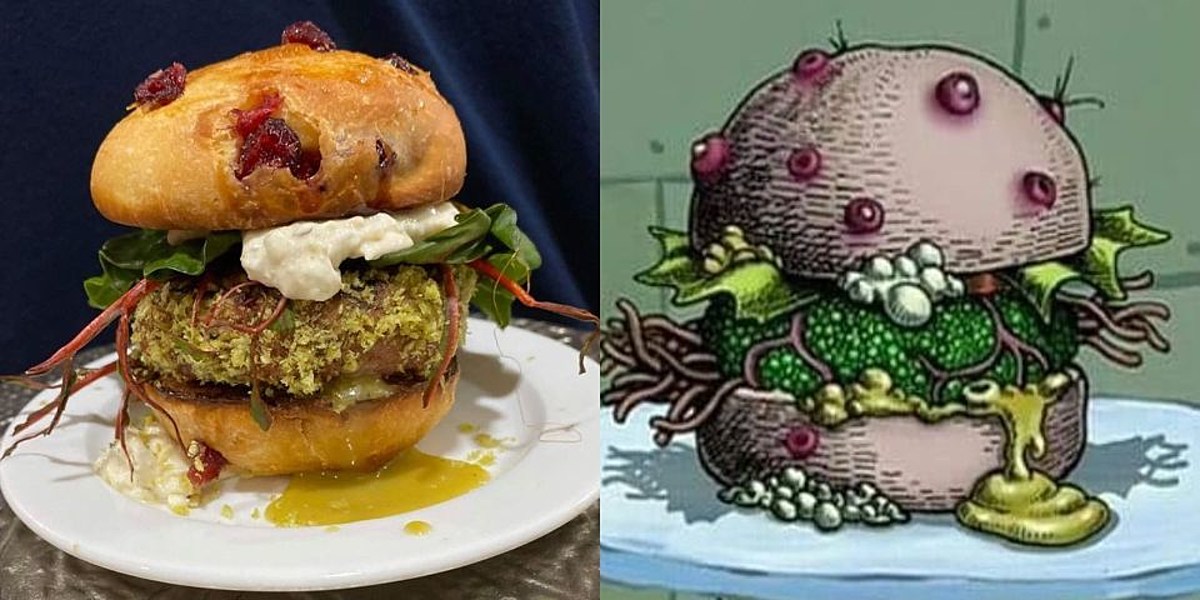 If you’ve ever watched Spongebob Squarepants, you know what a “Nasty Patty” is. She made her debut in season 3 of the favorite cartoon. What is a “Nasty Patty”?

Well, I went to Fandom to find out! According to SpongeBob.Fandom.com, Nasty Patty is a delicious combination of volcanic sauce, seahorse radish, and fingernail clippings! Spongebob and Mr. Krabs decided to create this because they thought a TV reporter was impersonating a health inspector during this hilarious episode.

Well, a man from Massachusetts must be a big fan of the show too, because he created his very own Nasty Patty.

WHDH reports that Danny Do recreated this classic with a “turkey burger, crusted with snow pea crumbs, garlic goat cheese aoili, turkey pea gravy, and chard veins and leaves. chard on a brioche bread with cranberries”.

I have to admit, this sounds a little better than the unexpected crackle of biting into a toenail! However, the actual appearance of the burger lives up to the “nasty” name. It really looks like something is coming out of it!

Do tells WHDH that her creation was actually “delicious.” He posted a photo on his DannyDoIt Instagram account:

By the way, SpongeBob SquarePants is still going strong after 20 seasons. You can catch all your favorite episodes on Nickolodeon, Netflix or Amazon Prime!

Famous kids who look exactly like their famous parents