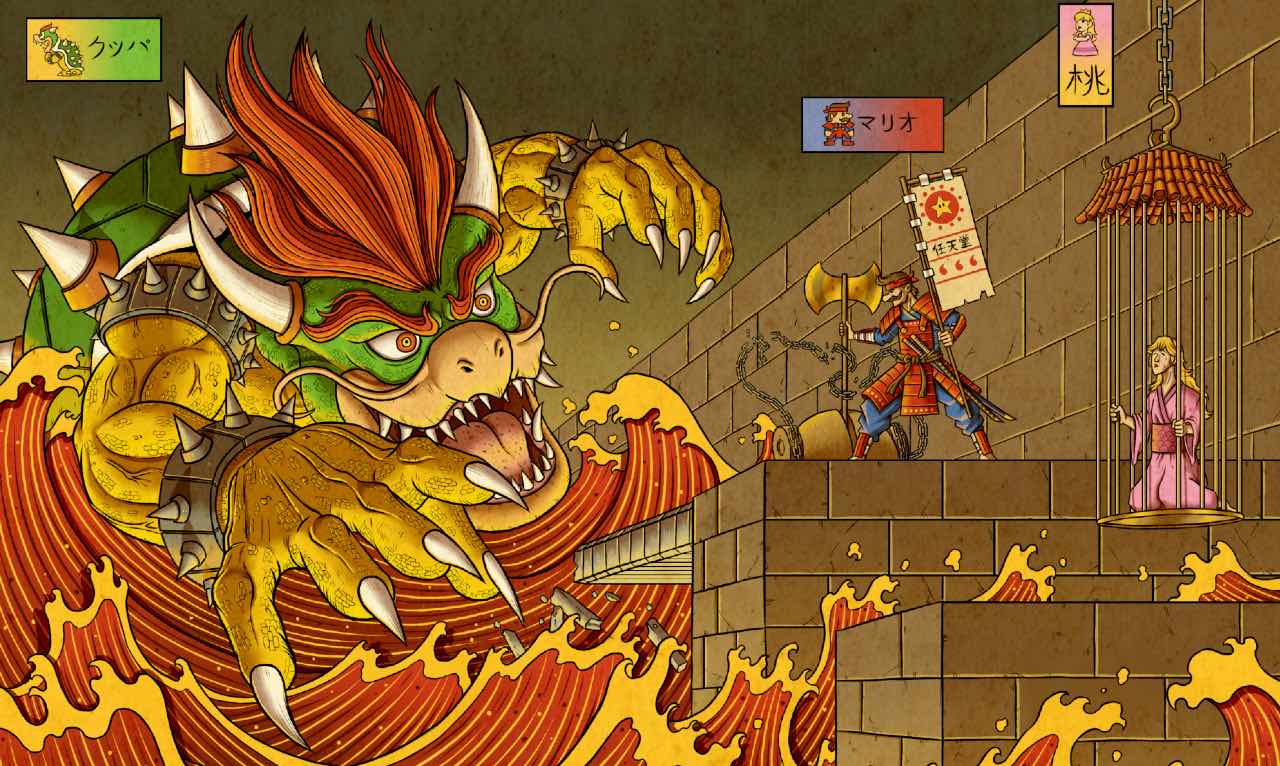 Mario defeating Bowser is a story as old as time, as the rivalry has been going on for decades in many different forms. Nothing beats the original way to defeat King Koopa, however, which sees everyone’s favorite plumber leap on an ax to send his foe crashing into the lava below.

To commemorate this classic battle, an artist created some pretty amazing works from it, with a big difference. Instead of the usual pixelated version of their battle, Canadian Turt1e posted the following reimagining on the in-game subreddit.

As you can see in the image above, artist Mario reimagined the epic battle using Japanese mythology. Everything about this artwork is amazing, depicting Mario as a samurai, Peach in a Japanese robe / robe, and Bowser as a demon.

A closer look at Canadian Turt1e’s Instagram shows that they’ve been creating these dope reimaginations for quite some time, which we’ve compiled for you below.

Anyone interested in getting one of their own prints of these unique works of art can do so by going to Canadian Turtle’s InPrnt page. There you’ll find a variety of works outside of Mario, including reimaginings of SpongeBob SquarePants, Joe Rogan, and more.

Let us know which of the above prints is your favorite in the comments section below. If you’re still looking for more Mario and Nintendo content, be sure to check out everything we have in the related articles section. This includes opinion pieces on Super Mario Party, an impressive sculpture of Mario’s Fury Bowser, and why Mario Party Superstars gives us buyer’s remorse.