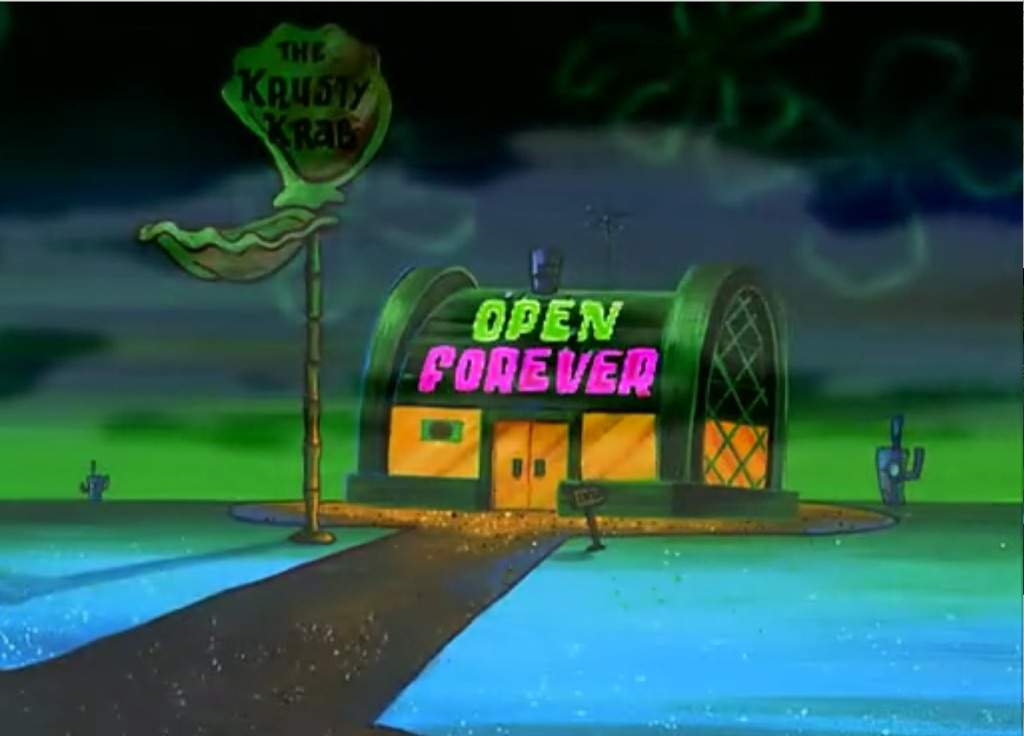 By Rebekah B. ShinSeptember 30, 2022No Comments

We’ve never been so scared of ‘The Rugrats’.

Halloween when I was a kid was the absolute best. You went hunting for big bass and you stayed out after eight o’clock. You have to go home and watch any R-rated movie that TNT or USA was showing on basic cable. There was traffic and deal, three packs of M&Ms to one pack of Twizzlers and Jawbreakers. fast food Restaurants solidified their Halloween legacy. The costumes were a hodgepodge, a Power Ranger with a scythe or Freddy Krueger with a chainsaw (wait a minute…). Best of all, and perhaps best of all, 90s and early 00s children’s television was more than happy to celebrate all things spooky with a list of episodic beats that saw TV-content. Y and TV-Y7 go to some really scary places. Here, in the spirit of the season, we’re going to revisit some classic anime and their most terrifying moments.

In the sink – Rugrats

“Down the Drain” premiered in February 1993. Sure, it was outside the Halloween season, but that year’s theatrical releases – Hocus Pocus, Jason goes to hell— had nothing on the pure “Down the Drain” terror instigated among an entire generation of young people. Here, Tommy watches one of his toy soldiers get sucked into the sewers. Naturally, he assumes it could happen to him too, and he’s traumatized enough. Later, when he and Chuckie sympathize, Angelica walks in to tell the story (embellished, obviously) of a boy on the street. He was also worried about being sucked into the drain, and one night the drain opened up into a sinkhole, sucking everything in. Her parents came back, the bathtub empty. It was horribly lively, and although I was beyond my water dumping stage at the time, you better believe I started to think twice about taking a bath.

Here, Rugrats went full of Stephen King This. Not satisfied with scaring developmentally sensitive children away from the bath, Rugrats chose to tackle the monster under the bed. Chucky moves from a bed to a crib with no sides, and on his first night alone, he hears a voice calling him in the dark. From there, “Rugrats” explores the myth of monsters under the bed, including an absolutely thrilling segment where an invisible monster invites a boy down. Promising cakes and ice cream, this little boy bends down to be dragged into the infinite nothingness under his bed. Pennywise who?

“Graveyard Shift” is arguably one of the most popular cartoon episodes Sponge Bob SquarePants already. The incorrigible Mr. Krabs decides to keep the Krusty Krab open for 24 hours to earn more bank. So Spongebob and Squidward are tasked with working the graveyard shift, even though it’s unlikely anyone will want a Krabby Patty at 3 a.m. To scare SpongeBob, Squidward tells him the story of the Hash-Slinging Slasher. Allegedly a former cook who lost his hand and replaced it with a spatula before being killed, the Slasher returns every Tuesday night to exact revenge on those who wronged him. Sure, the Hash-Slinging Slasher isn’t real (he’s just sap looking for a job), but “Graveyard Shift” treats its campfire tale for all its worth. Deeply atmospheric, funny and featuring a cameo from Count Orlok himself, “Graveyard Shift” is chilling bridge horror in all its glory.

“What Scared Sue Ellen” inexplicably aired as part of Arthur’s third season in December 1998. Don’t let the post-holiday haze airing fool you – “What Scared Sue Ellen?” really scary. Sue Ellen is unwavering, nothing can scare her. As Arthur and the gang are rocked by ghosts and escaped prisoners with hooks, Sue Ellen remains indomitablely brave. That is, of course, until she came across the legend of the Baba Yaga. Appearing in Slavic folklore as either a hero or a villain, the Baba Yaga roams the woods in his hut on chicken legs. Here, she stalks Sue Ellen in a terrifying dreamscape, even appearing in her bedroom the next morning for one last scare. Of course, everyone learns a lesson about bravery and cohesion, but these Baba Yaga cartoon scenes have undoubtedly marked an entire generation.

First of all, the title of “The Fright Stuff”, the third episode of at Arthur’s fourth season, is delicious. It’s the kind of game play and gender awareness that today’s children’s television could use a little more of. Similar to “What Scared Sue Ellen”, everyone is looking to scare each other. They also get their chance when Muffy invites the gang to Castle Manor, a supposedly haunted mansion where famed horror author EA DePoe will read their new story. With plenty of scares, “The Fright Stuff” is, well, the spooky thing to watch this Halloween for a healthy dose of cartoon nostalgia with a spicy, spooky twist.

Hi Arnold! has a real cartoon ghost. Throughout “Haunted Train”, Arnold and the gang pursue the legend of the haunted train. As Gramps recounted, an engineer once went mad, driving his train on the tracks straight to hell. Every year since, the engineer has returned to prey on unsuspecting passengers, blinding them with white light, a foul smell, and horrible music. From there he leads them into darkness, after which they encounter the face of a demon. Basically, he leads them to hell and a group of college kids set out to confirm the legend. Like “Graveyard Shift,” it all ends in a big misunderstanding, just…not really. As the camera pans away, the crazed engineer is seen sitting atop a ghost train, laughing like mad in the wind. It’s positively scary. So here is, Hi Arnold! canonically has demon engineers.

Break’ Foray into Spooky Tales had the honor of premiering on Halloween night in 2001. I was there, and what time it was. Here, the eternal bad boy Butch decides to tell three terrifying stories. These include “Children of the Cornchip” and “Night of the Living Finsters”. Supposedly a tribute to The simpsons’ The “Treehouse of Horror” series is remarkably scary, approachable, and dripping with love for the horror genre at large. It rarely, if ever, gets better than this.

Collect it – The Powerpuff Girls

“Collect Her” essentially sees the three cartoon girls – Blossom, Bubbles and Buttercup – kidnapped and trafficked by comic book geek Lenny Baxter. A self-proclaimed Powerpuff Girl mega-fan, Lenny collects all the brand name merchandise he can. As his collection grows, he feels the desire for more. At first he (a grown man) breaks into their room one night, stealing their stuff. Even that is not enough to satiate his desire, so soon he decides to kidnap the girls for himself. While it all ends happily ever after and so on, it doesn’t do enough for an audience to forget that their favorite, colorful heroes were almost kidnapped by a real bonafide predator.

A night at the Katz Motel – Courage the cowardly dog

Whereas Courage the cowardly dog was technically a horror cartoon, it still deserves to be featured here. Of course, everyone knows “Freaky Fred” or “King Ramses Curse”. But, I’d say “A Night at the Katz Motel” takes the cake. This episode is dark. Remarkably dark. Crawl under a blanket and have a dark existential crisis. Courage is nearly killed by recurring antagonist Katz. Like, almost suffocated and killed until a last minute stoppage from Muriel. With spooky spiders, Katz’s first appearance, and a run-down motel that would make Tobe Hooper proud, “A Night at the Katz Motel” is worth a visit.

Whereas Teen Titans skirts the line of the children’s cartoon, it’s nonetheless a centerpiece of millennial pop culture history. After all, almost everyone who grew up in the early 2000s had a Teen Titans phase. Look, Raven meant a lot to a lot of people, okay? In “Haunted”, the heroes of DC Comics are at a crossroads. Everyone is convinced that Slade, some sort of Terminator supervillain, is gone for good. His nemesis Robin, however, isn’t so sure, and those suspicions are soon confirmed when he sees her. Unfortunately, Robin is the only one who can see him, and soon the other Titans are questioning his sanity. Is Slade really back or is he just a hallucination? In terms of superhero genres tackling horror themes, forget the likes of The New Mutants. “Haunted” did it better than most ever will.

What have been some of your favorite cartoon horror releases? Are there any that I missed? Is “Freaky Fred” really scarier than “A Night at the Katz Motel?” What about “The Black Puddle Queen?” This episode of Courage had terrified me of carpets for weeks. let me know about Twitterand above all, have a happy Halloween.